Costco’s Street Tacos are a reliable, easy to fix dinner solution that we enjoy quite a bit at our house.

Keep reading and we will cover some of the top tips and common questions that I have found for this family friendly meal kit. 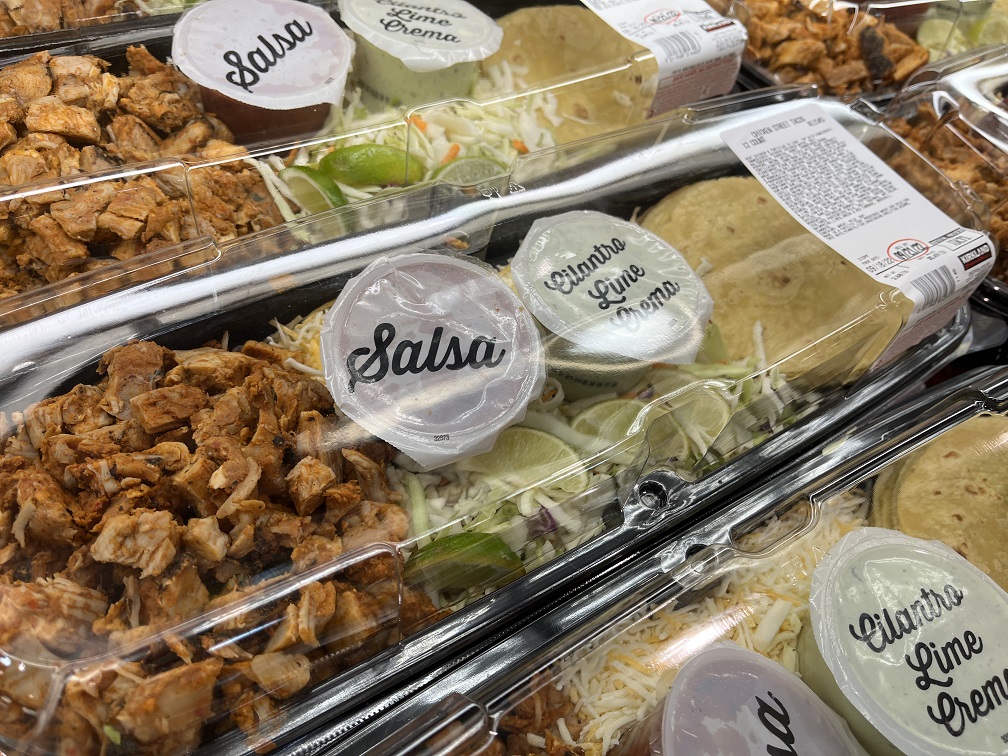 How to Cook the Street Tacos

The tacos are fully cooked and, technically, are ready to eat.  That being said, we are not savages and can do much better than opening up he lid and bobbing for tacos!

At the very least you will want to heat up the chicken and tortillas in the microwave before making the tacos but they will be even better if you use two pans on the stove top.

Assemble the tacos with the toasted tortillas, warmed chicken and other toppings of choice.

The Packaging for the Street Tacos is HORRIBLE

There is a running joke on the Costco fans groups on Facebook that says, “You are not really a member of Costco until the Street Taco tray falls apart in the parking lot and you dump the food all over the pavement.”

Of course, as long as you know that the packaging is awful you can do things to prevent a taco disaster.

The top tip I found for dealing with the packaging is to swing by the meat counter and grab one of those orange plastic bags that is supposed to prevent meat juices from contaminating your groceries.  Put the taco tray into the orange plastic bag so that if it does come apart then all of the ingredients will be caught in the bag.

Another tip I found was, if you know that you will be buying these tacos then bring a few rubber bands with you to the store and wrap them around the tray to secure the lid.

The Chicken Street Tacos Are Not Gluten Free

Because the tortillas are a corn/flour mix they have some of the great flavor of a corn tortilla while being less prone to falling apart than a corn tortilla.

Some folks love the tortillas and other folks are not so fond of them.  Regardless of which camp you fall in, everyone agrees that the tortillas really should be heated up prior to use. 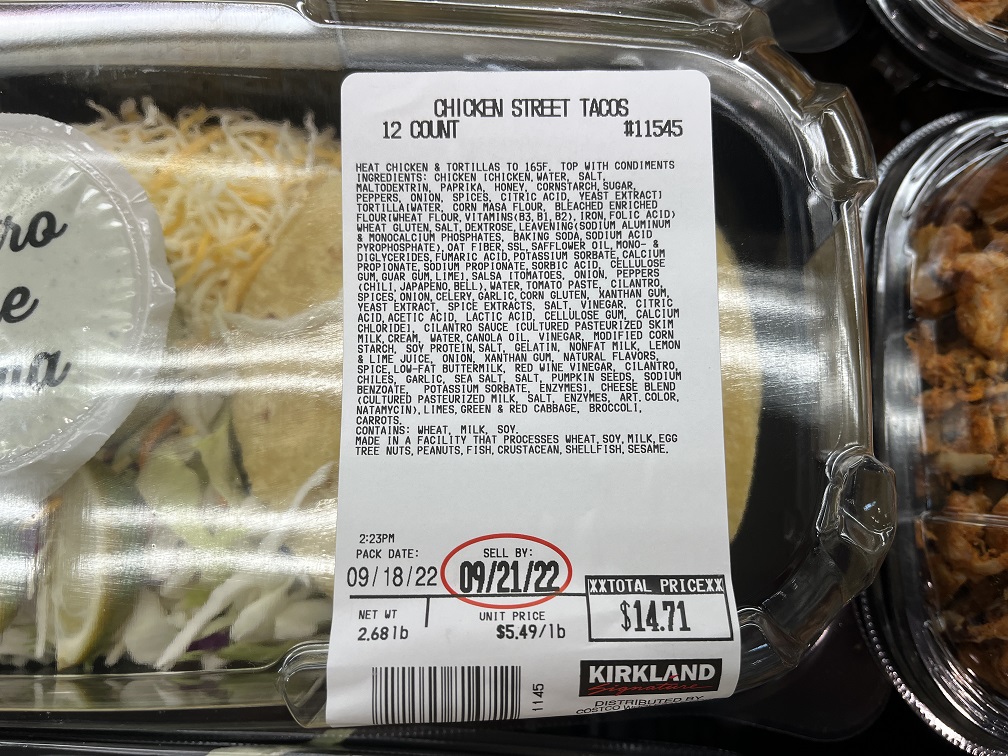 Are the Costco Street Tacos Good?

This is all going to depend upon what you are used to as well as your expectations of a store prepped meal.

I could rant all day about how these tacos are not as good as the ones I got from a food truck in South Texas but that isn’t really helpful, especially since I haven’t been to South Texas in over ten years.

I found the following comments on a reddit thread about these tacos and thought they summed up the quality of the meal pretty well.

Is the chicken spicy?

No, the chicken is well seasoned but I would not consider it to be spicy.  There is enough seasoning to make the chicken flavorful but not so much that kids wouldn’t like it.  The chicken is much better if you heat it in the microwave before making the tacos.

Can you buy the sauces at Costco?

Yes and no.  The taco kit comes with two containers of sauces which include:

The Cilantro Lime Crema is made by Don Pancho and is seasonally available through Costco as a two pack.  If the sauce is in stock it will be in the refrigerated section near the hummus.

Employees who work in the food prep area have stated that the salsa is not the Kirkland Organic Salsa and is not available in the store.  There is considerable agreement among fans of this taco kit that the salsa is very similar to Mateos Gourmet Salsa (which is usually in stock).

How many people will the kit feed?

That’s a tough question.  You get a little under three pounds of food in the tray but figure that at least one pound is in the form of sauces and limes.

You can get away with feeding a family of four with this kit as long as you don’t have any ravenous teenagers at the table.

If you have more than four people to feed then buy two trays and be prepared to have some leftovers.