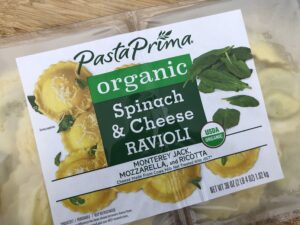 The Spinach and Cheese Ravioli from Pasta Prima is surprisingly delicious and creamy.  This is my favorite of all the raviolis I have tried at Costco.

The Costco spinach and cheese ravioli from Pasta Prima are a tasty dinner idea that would pair nicely with a variety of pasta sauces.  The circular ravioli cook in just a few minutes and can be paired with a salad for an easy weeknight meal.

The ravioli feature organic spinach and four types of cheese. 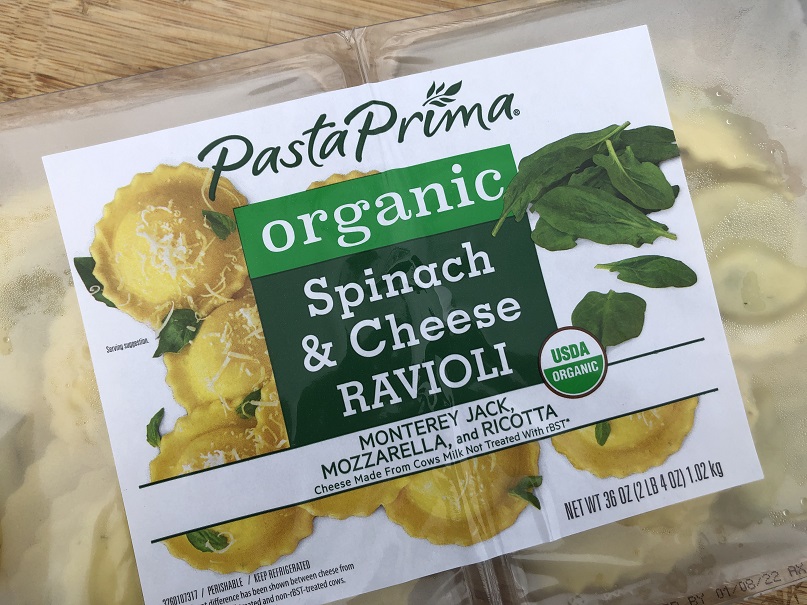 Let’s take a closer look at what you get with these ravioli packages.

You get two packages of spinach ravioli with each package containing 18 ounces of product.  One serving is one cup of ravioli (100 grams) and there are about 10 servings when the contents of the two trays are combined.  I weighed the ravioli and determined that a serving, 100 grams, was equal to four ravioli. 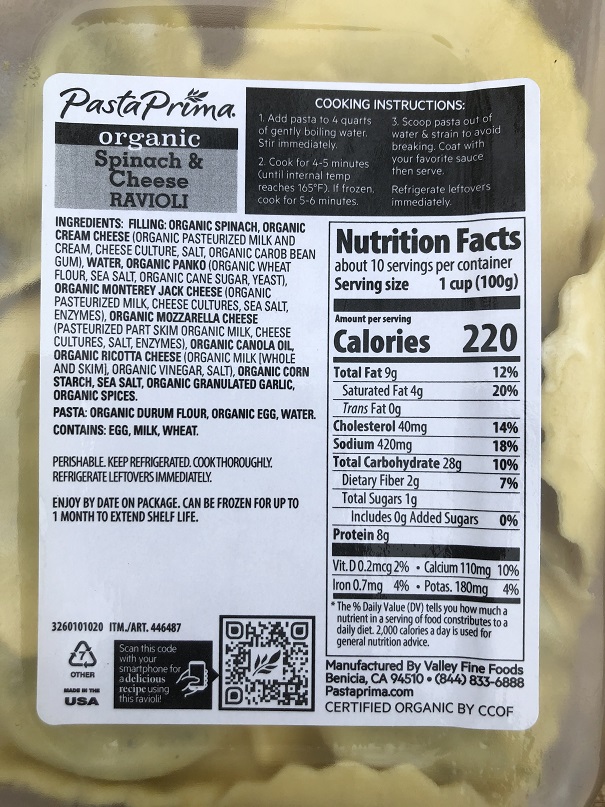 The spinach ravioli have the following ingredients:

All of the ingredients are labelled Organic.

How to Cook the Spinach Ravioli

Cooking the ravioli is extremely simple and just takes a few minutes.

When my ravioli were finished I drizzled them with olive oil and topped with freshly grated Parmigiano Reggiano and rosemary.

How Do Costco’s Spinach Ravioli Taste?

The spinach ravioli were surprisingly flavorful. The spinach was strong and prominent but not over powerful.

The use of cream cheese as a primary ingredient added a surprising touch of richness that played well with the Monterey Jack, Mozzarella and Ricotta.

Honestly I was expecting these to taste a bit bland but was delighted to discover their earthy creaminess.  Surprisingly, I like these raviolis much more than the spinach and cheese cannelloni that Costco has as a ready to bake meal option. 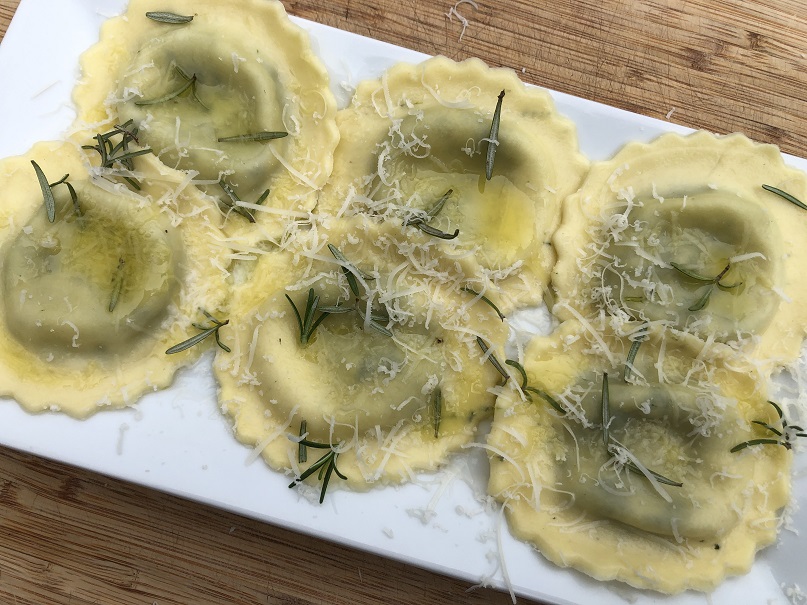 We have tried three different raviolis from Costco including the Lobster Ravioli and the Chicken and Cheese Ravioli and are split as a family as to which one is the best.

This means that you will save $0.136 per ounce (32%) when you purchase the larger package at Costco. 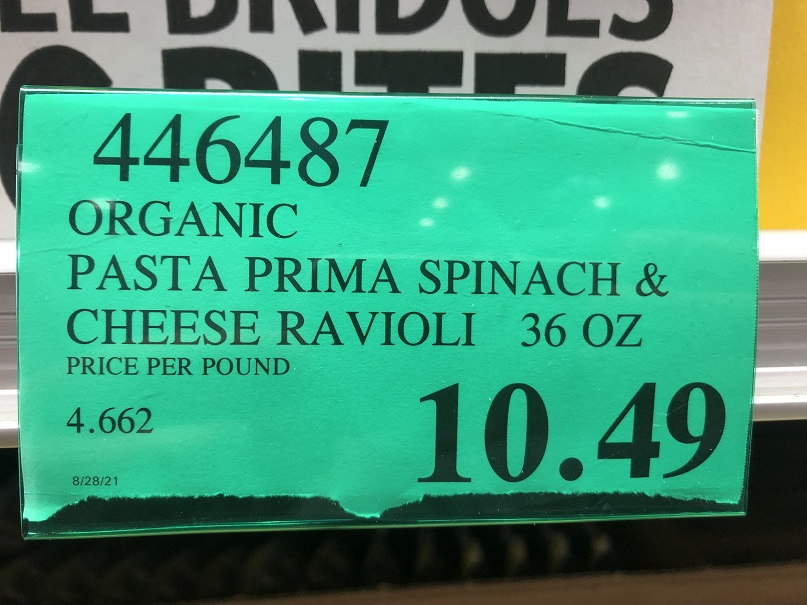