I am taking another look at the produce selections at Costco and diving into the four pound crate of Envy apples.  I was curious what these apples tasted like, where they came from and how they compared to other apple options at Costco. 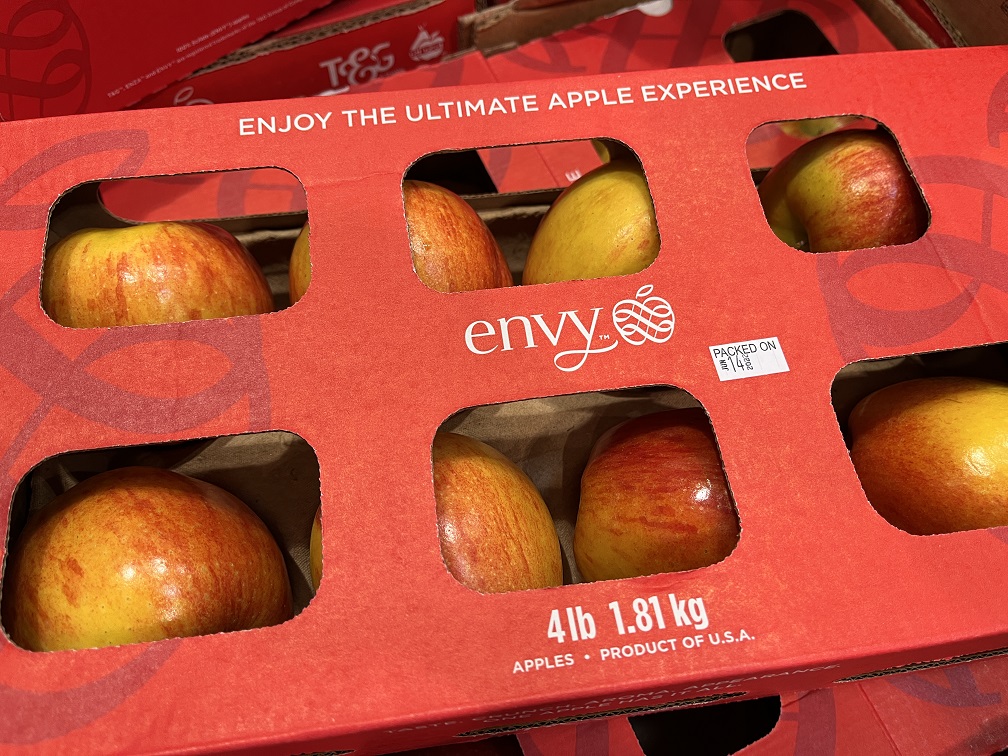 What is an Envy Apple?

The Envy apple was introduced into the US market in 2010 after extensive development and trials in New Zealand.  The apple is currently being grown in 15 countries but the only state where it is produced in the US is Washington.

The Envy variety of apple is a cross between Braeburn and Royal Gala apples.

Braeburn apples, which were introduced around 1950, are also of New Zealand origin and have a texture that is described as “crisp, without being hard” with a clean snap to the bite.  The flavor is balanced and sweet without being sugary.  Braeburn apples are good for snacking and baking.  Braeburn apples have long term storage issues which is one reason that people create crosses with other varieties.

Royal Gala apples, which were introduced in the 1930s, are another New Zealand apple with favorable characteristics of flavor and texture.

So, basically, the New Zealand apple folks got together and made a cross variety, the Envy, from two of their most popular native apples. 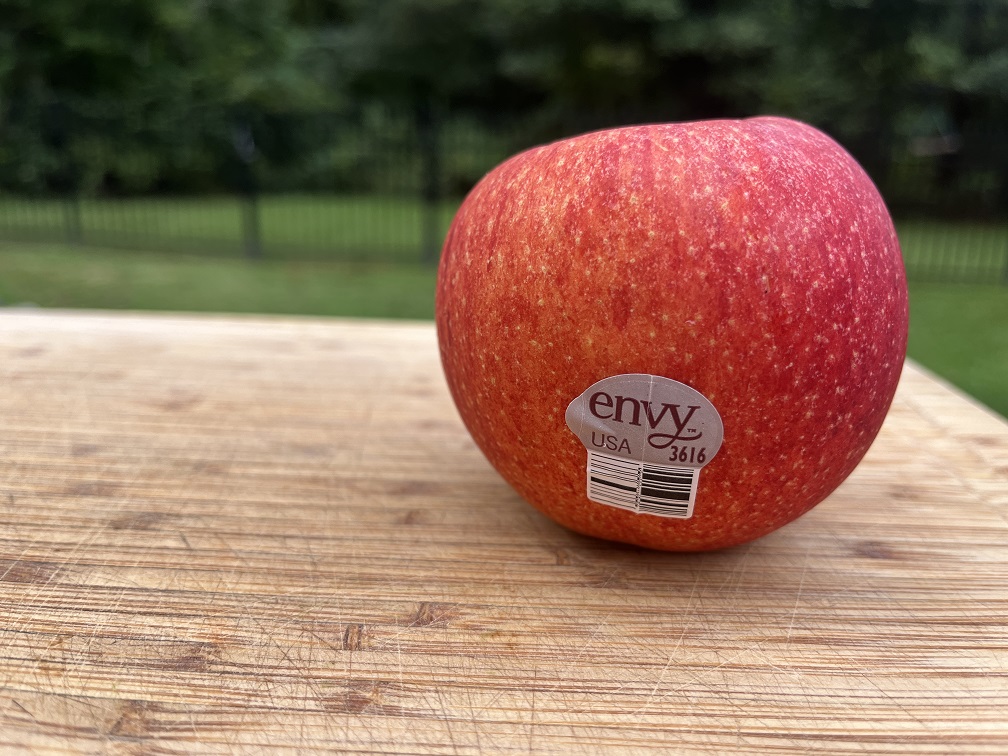 I didn’t feel like buying a four pound crate of apples to figure out what this variety tasted like so I went to my local grocery store and bought a single apple.

To me the apple tasted okay but was “muted” in flavor.  The apple was crisp and juicy but was neither overly sweet or tart.  The flavor was a mild sweetness with the obvious apple flavor notes you should expect.

In my completely unscientific estimation, I would suggest that the Envy is only about 60% as sweet as a Cosmic Crisp and only 10% as tart.

I found that the mildness of the apple helped it pair well with other foods.  Slices of the Envy apple were great with a slice of cheddar cheese and were perfect for dipping into hummus. 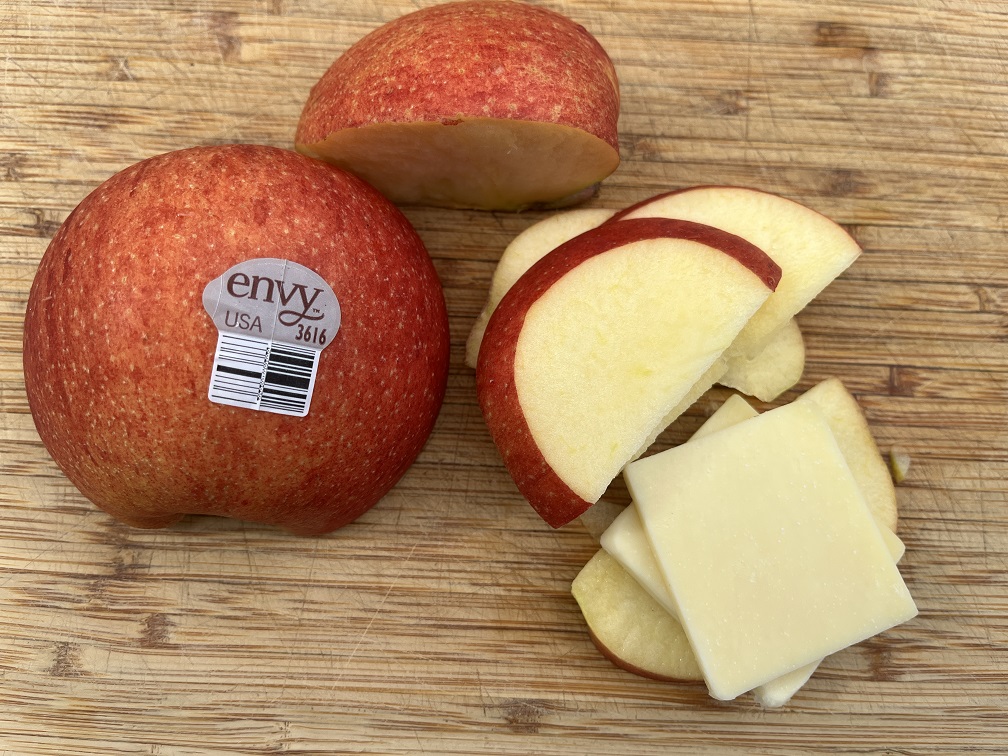 I did some searches for articles about how suitable these apples were for baking and didn’t see anything that seemed conclusive.  I did find several posts like this one from The Pioneer Woman that indicates that Envy’s parent varieties, Braeburn and Gala, are excellent for baking which makes me suspect that Envy would also be fine for making pies.

These apples would be great when diced and mixed with Golden Kiwi and Strawberry Papaya to go into yogurt or as a topping for cottage cheese.

How Much are Envy Apples at Costco?

You can get a four pound crate of Envy apples at Costco for $8.99 which works out to a cost of $2.25 per pound.  his makes the Envy apples slightly less expensive than Cosmic Crisps but significantly more expensive than the Red Delicious.

Before you buy a whole case of these apples you might want to do what I did and pick up a single apple at your grocery store for a taste test. 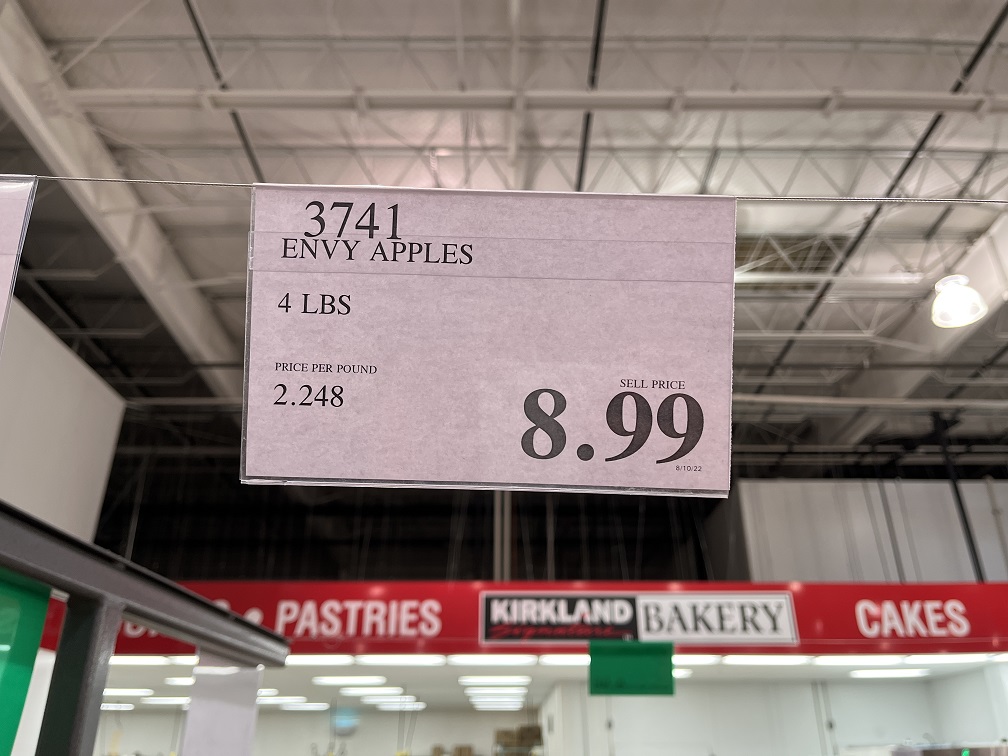