I was over at my daughter’s place the other day and saw that she had a jar of Trader Joe’s Instant Cold Brew Coffee sitting in the kitchen.  She had bought this because she had o get to work way too early over the summer and it was a great way to get a shot of caffeine as she was heading out the door in the morning.

I am not normally a fan of instant coffee but she said it was good so I decided to give it a try. 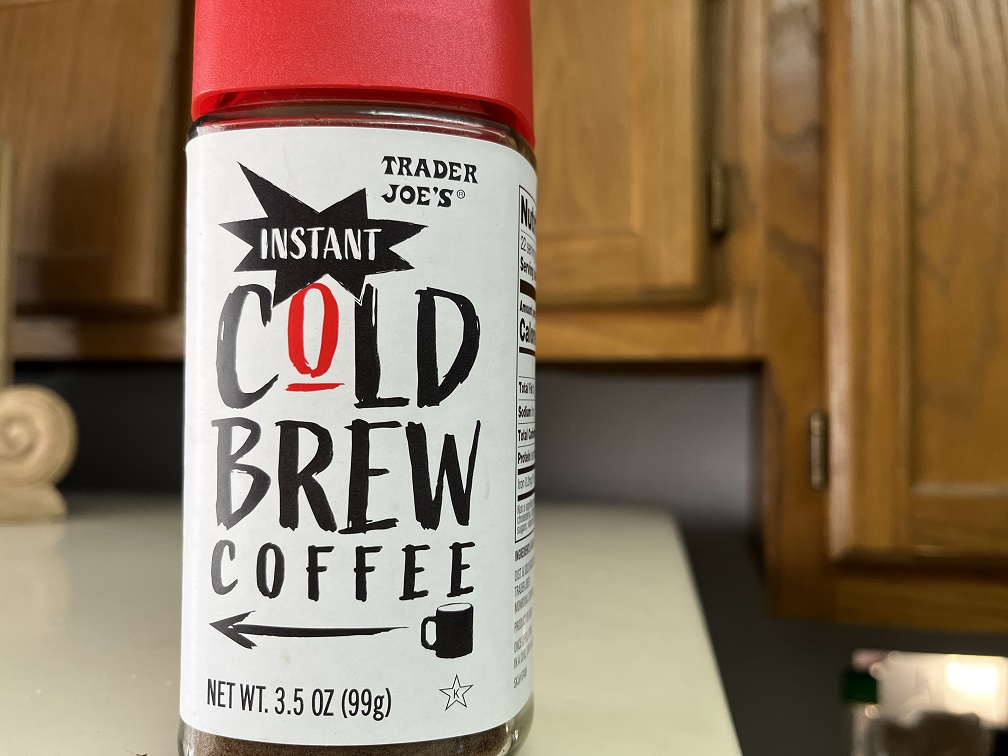 Add one heaping teaspoon of the dried coffee to you cup, pour in 12 ounces of water and stir.

You can use cold or hot water to make the coffee.  I used cold water and the coffee granules dissolved after about 30 seconds of stirring.

You can make the coffee stronger by adding more dried coffee or weaker by thinning it out with some water.  I found that one heaping teaspoon per 12 ounces of water was just about right for my tastes. 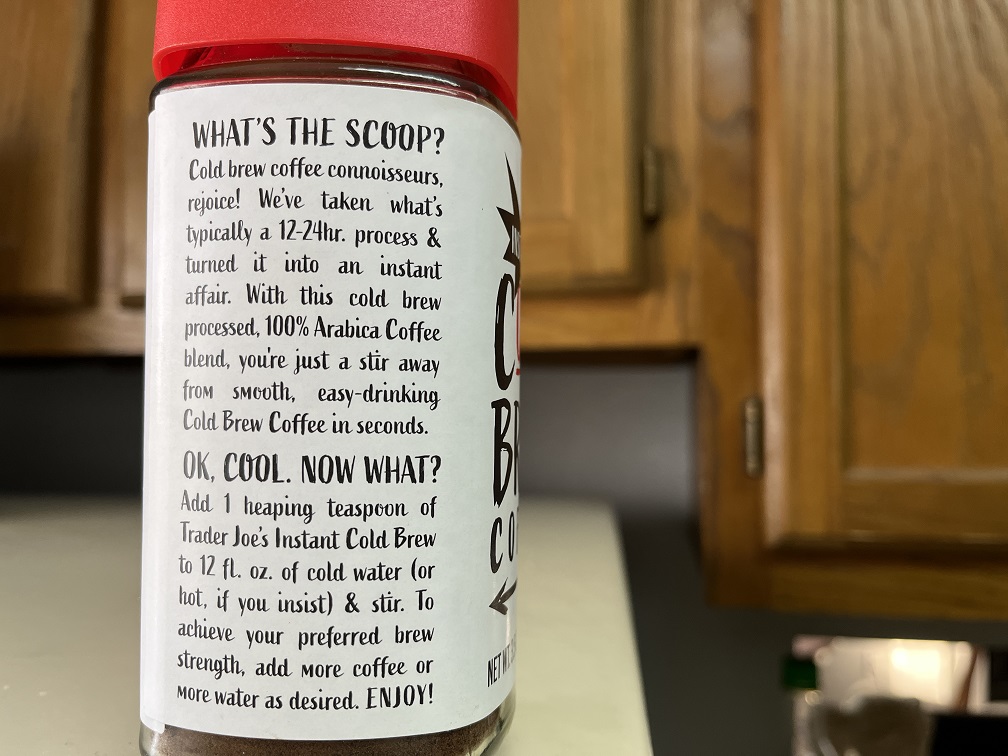 How Does the Instant Cold Brew Coffee Taste?

I have to give a mixed review as far as flavor is concerned.

When it comes to flavor this cold brew is not is the same league as Kirkland’s Columbia Cold Brew Coffee nor is it as good as Trader Joe’s Ready to Drink Cold Brew.

That being said, the coffee was decent enough and, as far as instant coffee is concerned, is pretty good.  The coffee lacks any flavor notes that would make it stand out but is relatively smooth and drinkable. 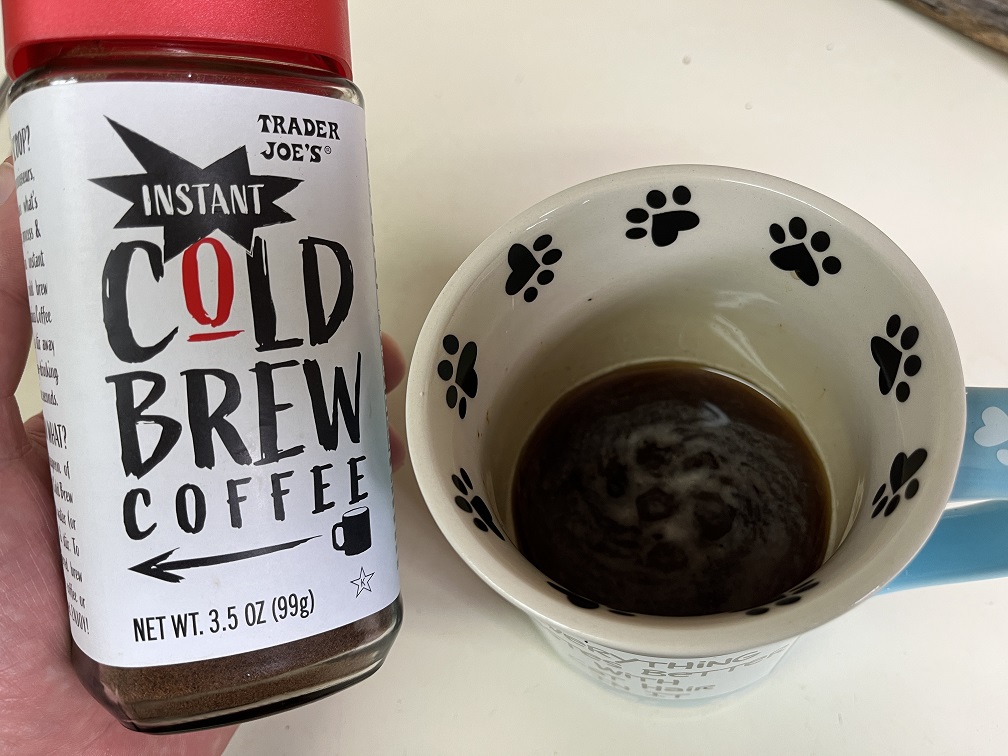 I would rate this coffee as better than Trader Joe’s K Cup blend but not as good as Kirkland’s Summit Roast.

What is in the Instant Coffee?

The label indicates that the coffee is made from 100% arabica beans.

Trader Joe’s indicate that the beans do go through a cold brew process but does not elaborate on how the coffee is turned into an instant product.  I am assuming that they are using the freeze drying process.

Since the product only has coffee it would make a good pantry staple for when you want to add some coffee flavors to baked goods or if you want to make something like Trader Joe’s Coffee BBQ Dry Rub Seasoning. 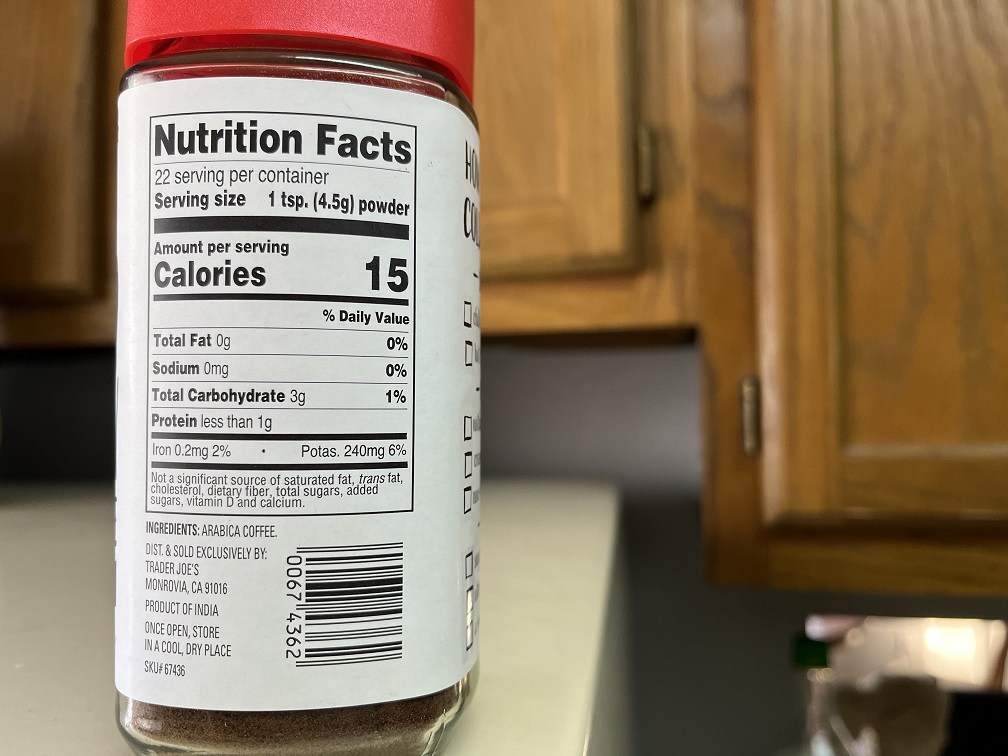