I’m back to trying new produce at Costco to see if I can find some new flavors to add to my kitchen.  Today I went with the Golden Kiwi that Costco is selling in a two pound plastic clamshell.

The brand is Zespri and they market the produce as Organic Sungold Kiwifruit.  The kiwi is imported from New Zealand. 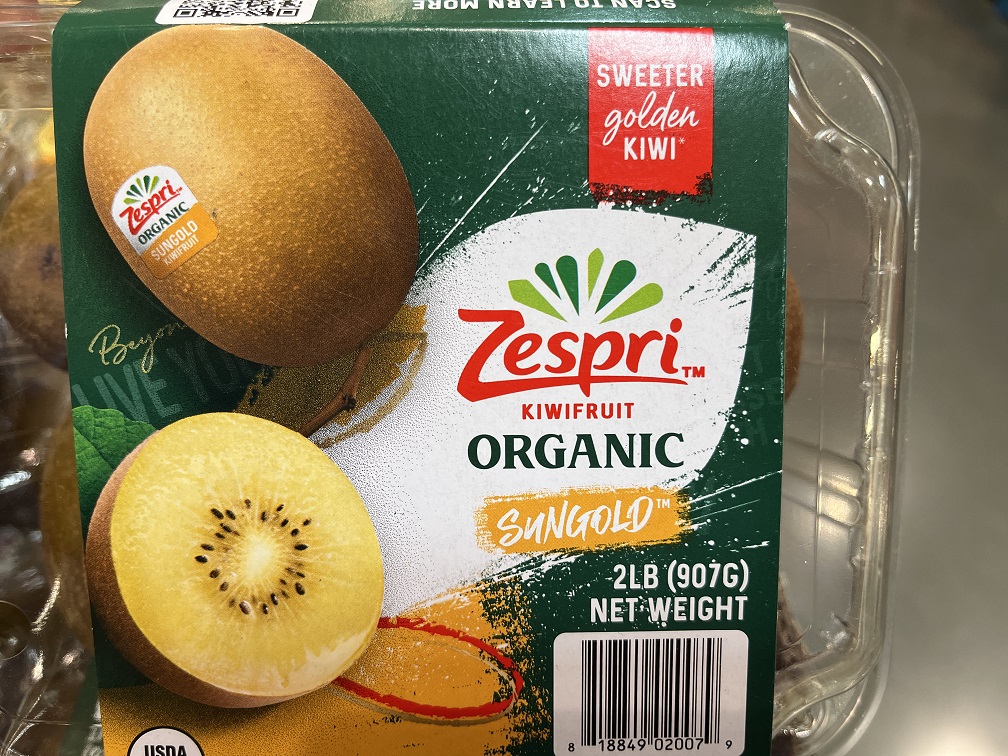 A golden kiwi tastes very much like a regular kiwi with flavor notes best described as a banana/strawberry cross.  The main differences in flavors compared to a green kiwi is that golden kiwis are less tart and much sweeter.  For lack of a better phrase, I think you can say that a golden kiwi tastes more “tropical” than a green one.

Golden kiwi does not have the exterior fuzz found on green kiwis which makes eating he nutritious skin more appealing for some people.

The fruit has a tender, yielding texture and the seeds are completely edible. 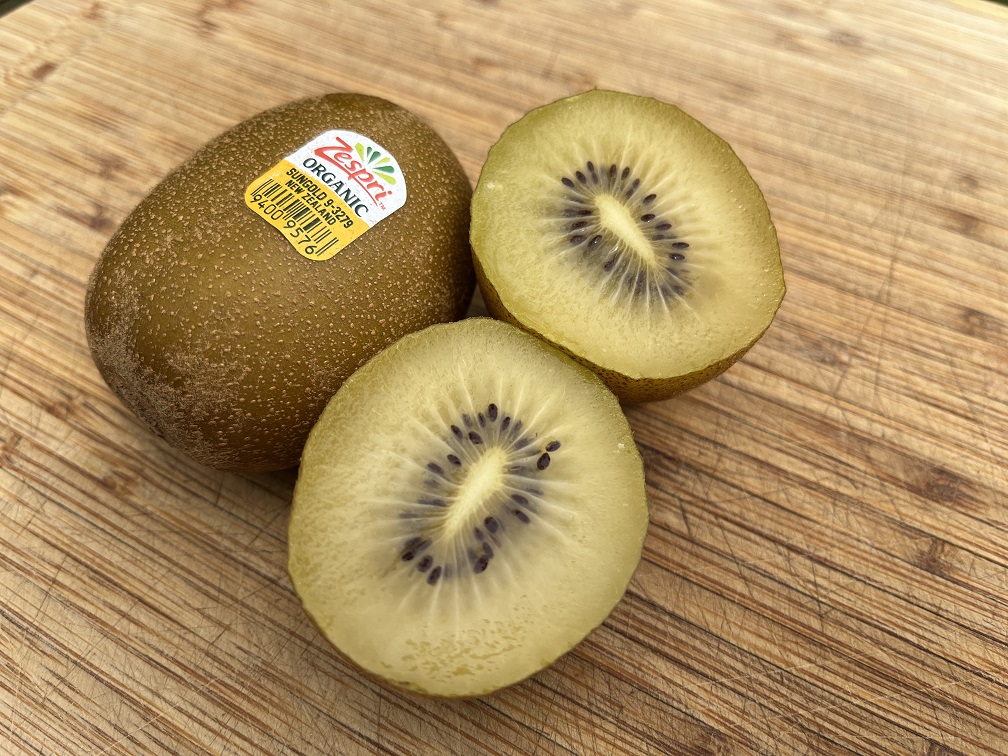 What to Do With Kiwis?

These kiwi come in a two pound box so, while you might feel like snacking on a few of them with a spoon you also might need a way of using them up before they get overripe.

These kiwis would be great:

A single serving of golden kiwi has the following nutritional information:

The health benefits of eating kiwi fruit is well documented in this article from the European Journal of Health and includes benefits for: 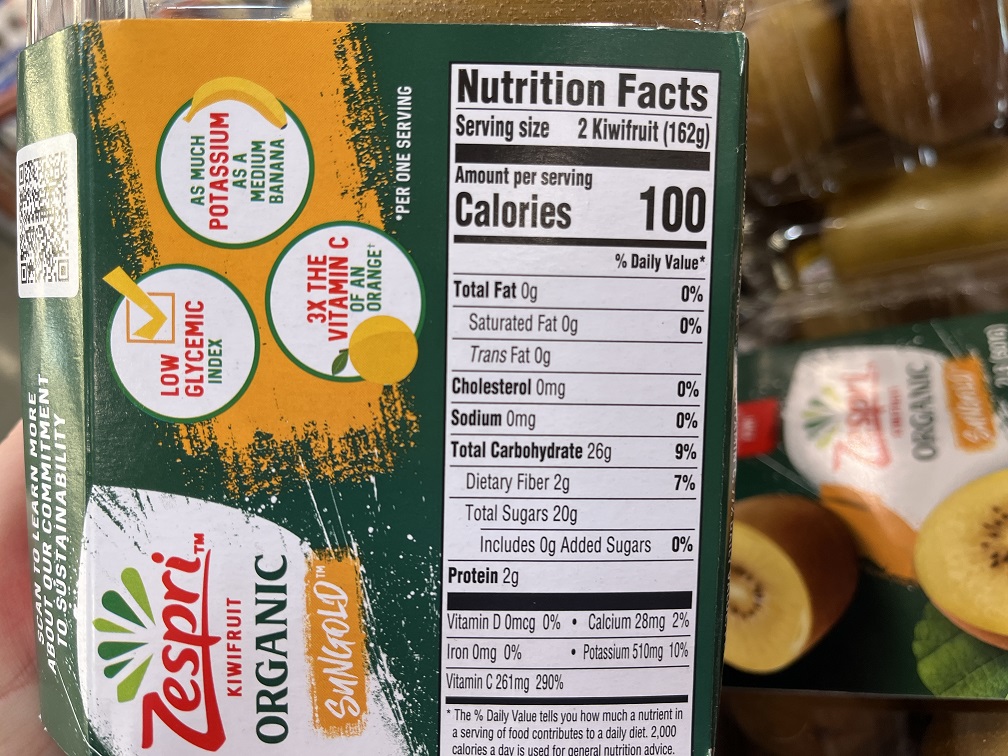 The golden variety of kiwi also comes with a much higher amount of Vitamin C than the green variety (161 vs 92 mg/100g).

And again, the nutritional value of the golden variety should also be much higher than the green because more people will eat the nutrient dense skin of the hairless gold kiwis. 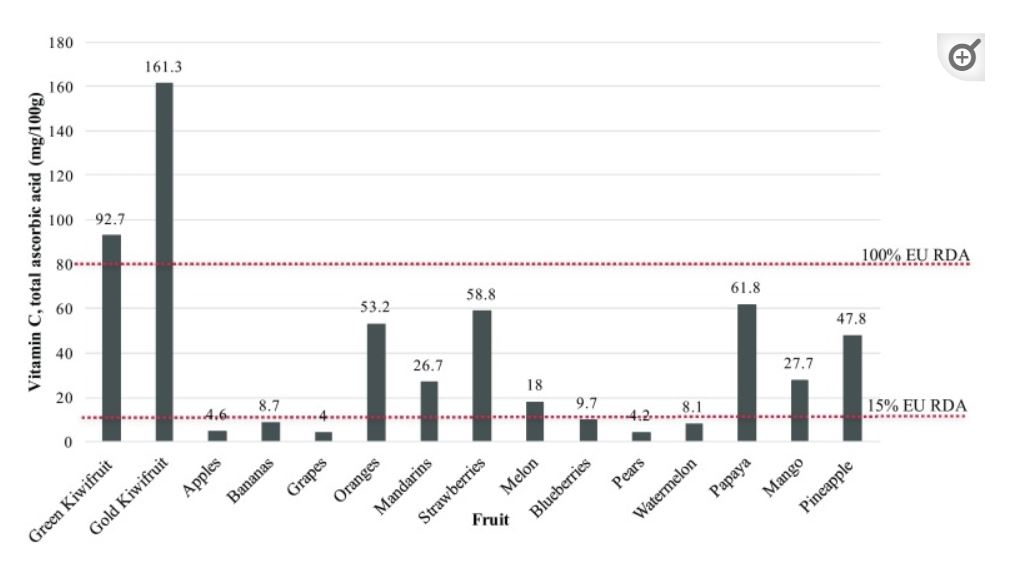 How Much do Golden Kiwi Cost?

On average I have found that the gold kiwi usually cost about 20% more than the green variety.