You can now buy the Four Cheese Gluten Free Tortelloni from Taste Republic at Costco.  The tortelloni is kept in the refrigerated section along with the other fresh pastas and comes in two 12 ounce packages. 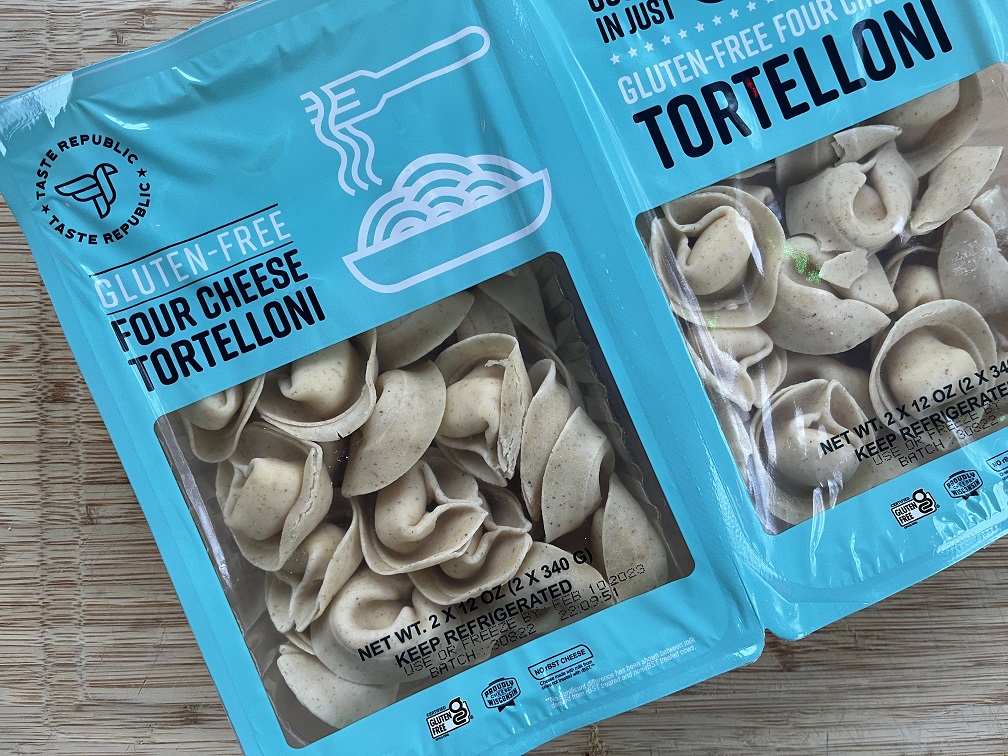 How to Cook the Gluten Free Tortelloni

The tortelloni are made with fresh pasta so they cook really fast.  The cooking directions on the package say that for a 12 ounce package you need to:

I followed these directions and the pasta came out great. 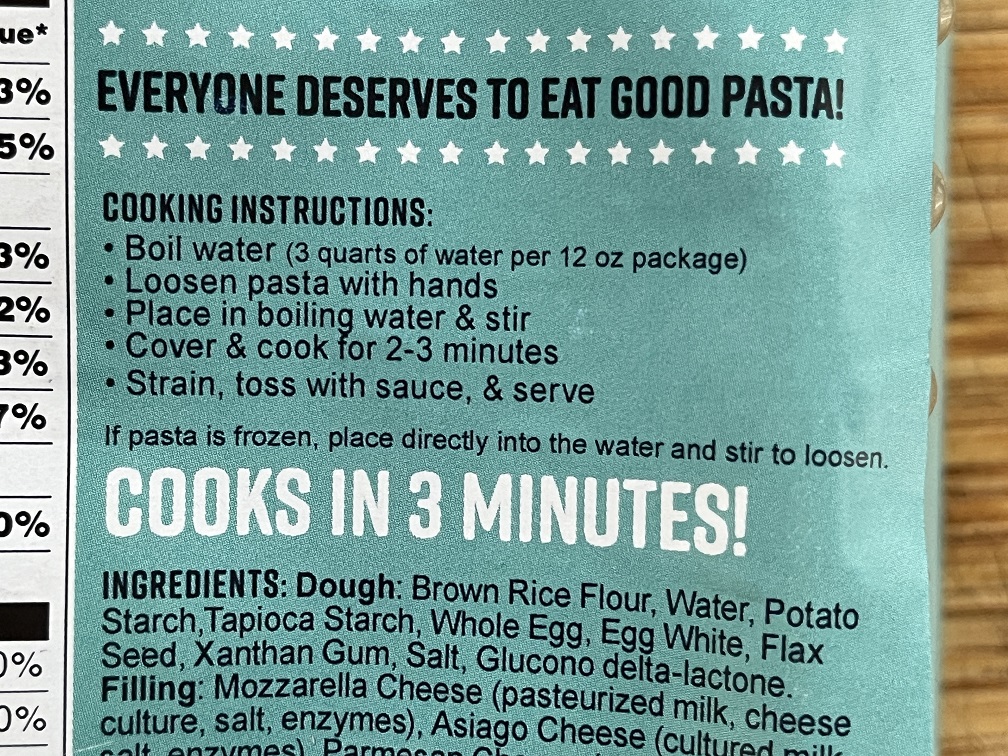 Taste Republic makes the statement: “We believe fresh pasta can be gluten-free and still have the same amazing taste and texture as “regular” pasta. That’s the standard each of our products has to meet before ever making its way to your plate.”

I wanted to see how close they had come to regular pasta so I dressed the tortelloni just about as simple as I could with only extra virgin olive oil and parmesan cheese.

At first I was a little hesitant because the pasta had an odd, slightly grey color so it didn’t look like regular pasta.  My concerns were quickly eliminated when I took my first bite!

This pasta is tender, slightly doughy and had an overall lovely texture.  The four cheese filling (mozzarella, asiago, parmesan, ricotta) was savory and slightly nutty.  Overall thus is an excellent four cheese tortelloni that you will enjoy even if you are not gluten sensitive.

I did a little digging and discovered that the odd color should only be a temporary issue.  Apparently the color is the result of Taste Republic dealing with a supply chain issue.  The note on their website says,

“Due to a global shortage of golden flaxseed, we recently began using brown flaxseed in our Four Cheese Tortelloni. Our pasta remains 100% gluten-free and has the same taste and texture you expect. The only difference is the slight color variation due to the brown flaxseed.” 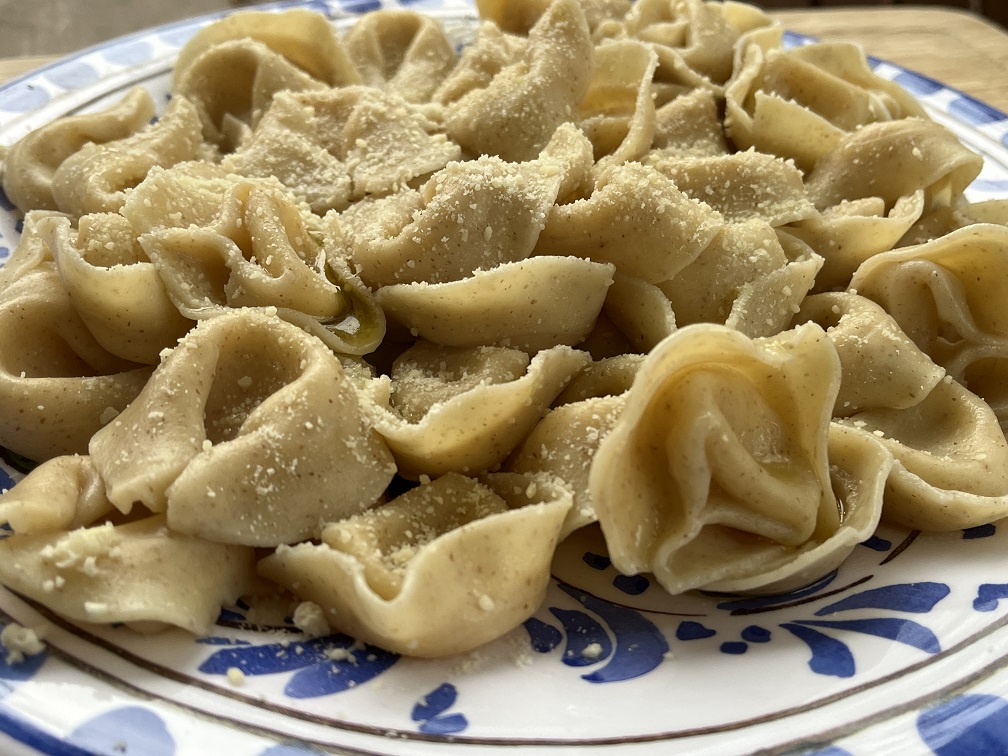 The pasta would also be delicious dressed with Kirkland Signature Basil Pesto or Rao’s Marina.

One cup of the tortelloni is a single serving and has the following calories and nutritional information:

The pasta is Certified Gluten Free. 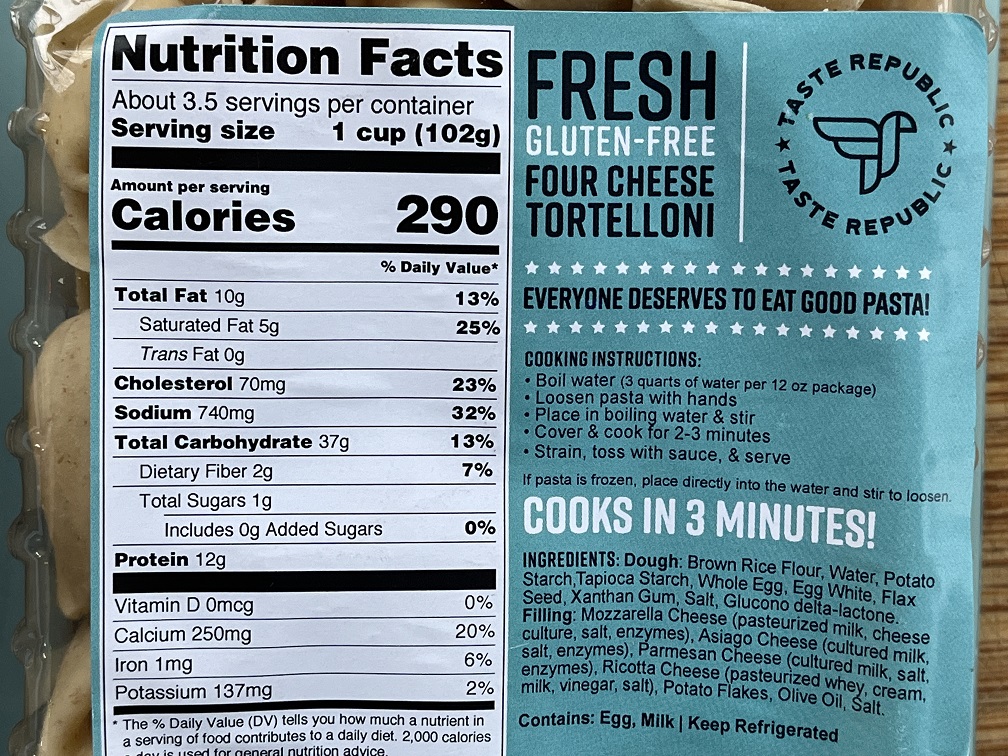 I bought the two pack of 12 ounce containers for $8.99 at Costco which works out to $0.375 per ounce.  The gluten free pasta costs more on a per ounce basis than Costco’s Five Cheese Tortelloni which is made from regular pasta but that is to be expected.

You can buy a single 12 ounce container of Taste Republic Gluten Free Tortelloni from Target for $6.59.  The Target price works out to a cost of $0.549 per ounce which means you will save about 37% when you buy the pasta at Costco. 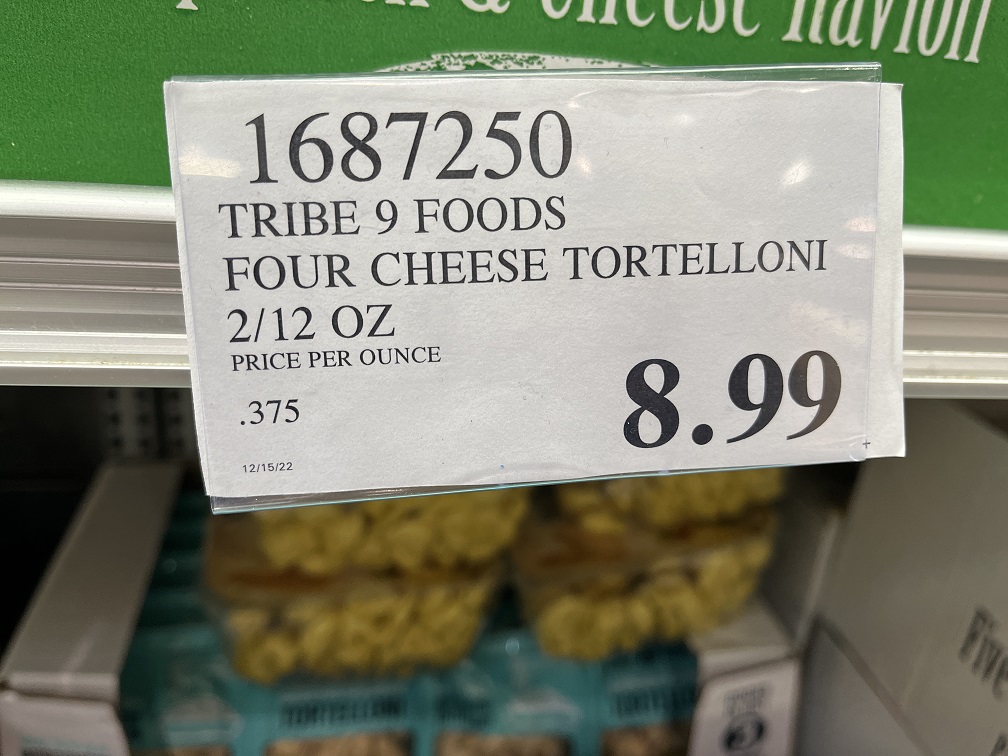 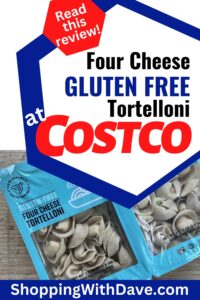