I bought the Ivar’s Clam Chowder at Costco the other day and it just might be my favorite all time purchase.

My daughter and I took a vacation to Seattle earlier this year and had a wonderful time.  We navigated on all of our walking trips using a delightful tourist street map that was provided by Ivar’s Restaurant.  I kind of felt bad because by the end of the trip we had eaten a ton of clam chowder but somehow had never managed to eat at Ivar’s!

When I saw the Ivar’s clam chowder at Costco I had to buy it because I was finally able to throw some financial support behind the restaurant that helped us have such a wonderful vacation! 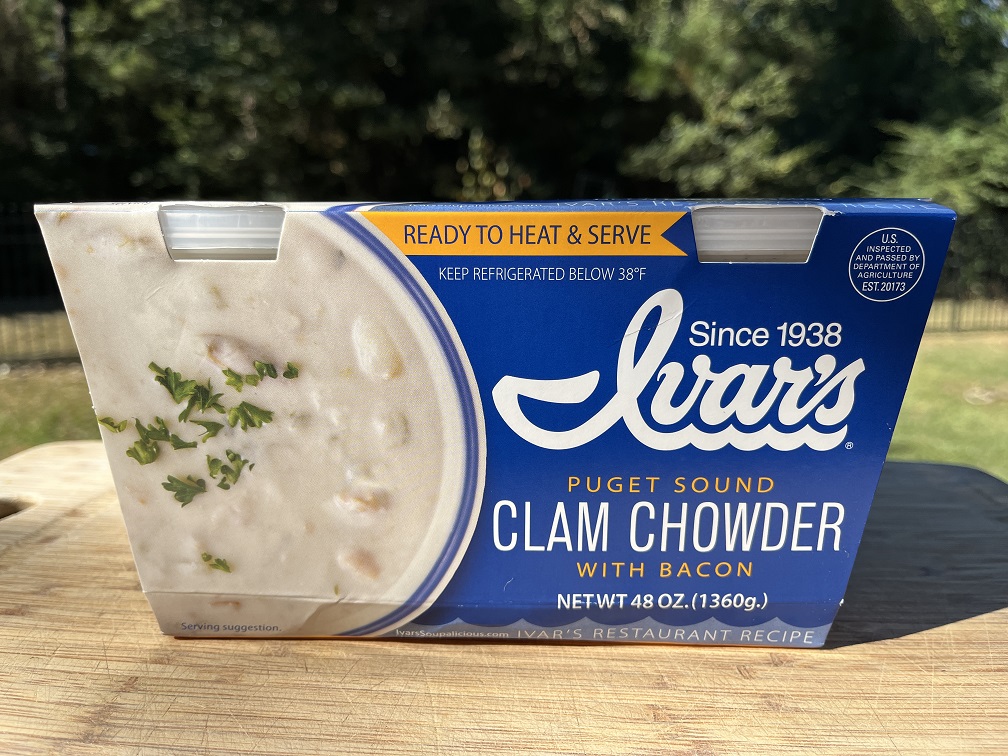 I think Ivar’s clam chowder is very tasty and I would gladly eat it any day of the week.  There are plenty of potatoes in the chowder, it is not too salty and the consistency is perfect. The chowder is nicely seasoned with a touch of bacon flavor sneaking through the clams.

That being said, my daughter and I both started making suggestions on how to improve the chowder after we had taken a couple bites.

My daughter thought the soup could use some more black pepper and I agreed.  Luckily adding a little pepper is a simple enough chore 🙂

I am tempted to add a can of Snow’s Chopped Clams to the next batch of chowder we heat up.  The clams that are in the chowder are diced up pretty small and I would have liked a bigger clam flavor profile.

There are two suggestions on the packaging to doctor up this chowder that I didn’t even notice until I started looking at the pictures of the label.  The suggestions are to: 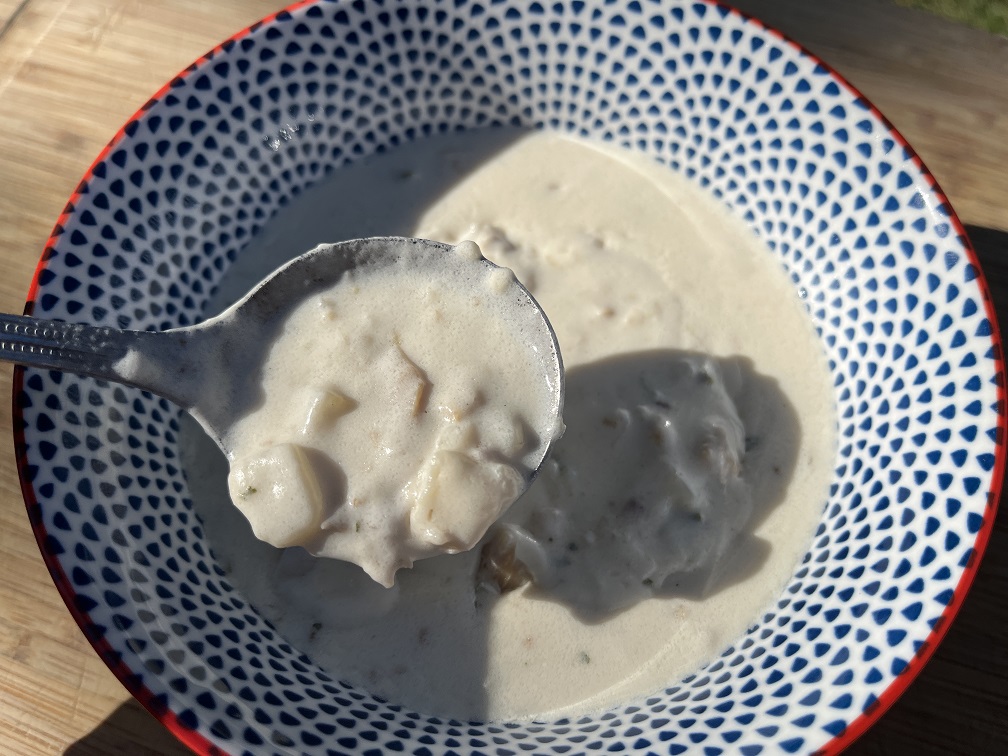 Heating the clam chowder is pretty simple and can be done on either the stove top or microwave.

We followed the microwave instructions and the chowder came out great. 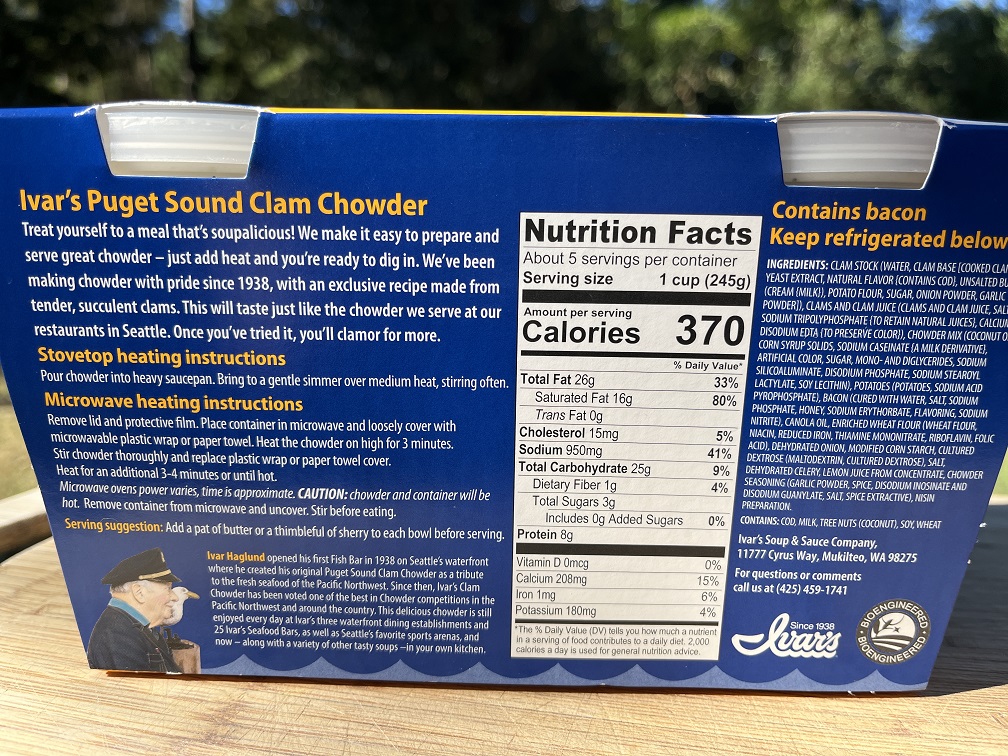 How Much Does Clam Chowder Cost at Costco?

Ivar’s chowder comes in two containers that each hold 24 ounces of food.  The two pack of chowder cost $11.69.

My daughter and I split a single container to have two reasonable sized bowls of chowder.  I feel like you are getting four legitimate big bowls of chowder with this package which works out to a cost  of $2.92 per bowl.

You can buy a slightly smaller bowl of this chowder at Ivar’s in Seattle for $7.50 which means you are saving 61% when you buy the chowder at Costco instead of at the restaurant…and that doesn’t even start to include the price of a plane ticket! 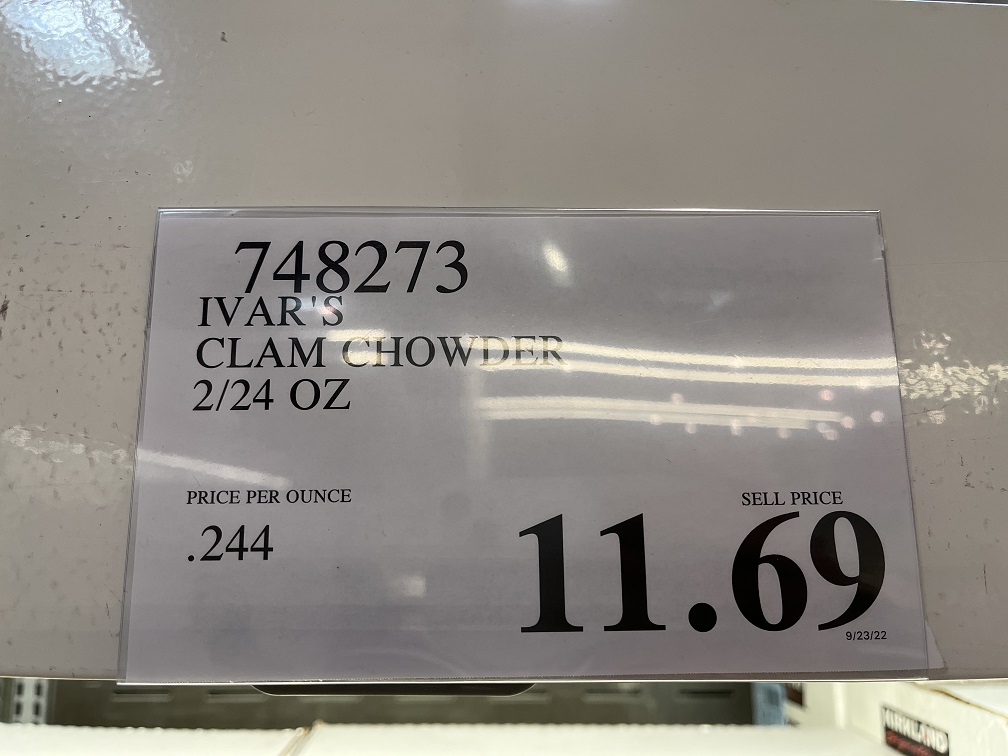 1 thought on “Ivar’s Clam Chowder at Costco {A Taste of Seattle!}”