I picked up a package of Sabatino’s Paleo Chicken Sausage at Costco the other day while I was looking for something meaty and easy.  I figured that the sausages would be a little healthier than some of the other groceries I have been buying lately and the Basil and Blacked Pepper flavor profile grabbed my attention.

This is item number 1302599 and is found in the refrigerated section by the deli. 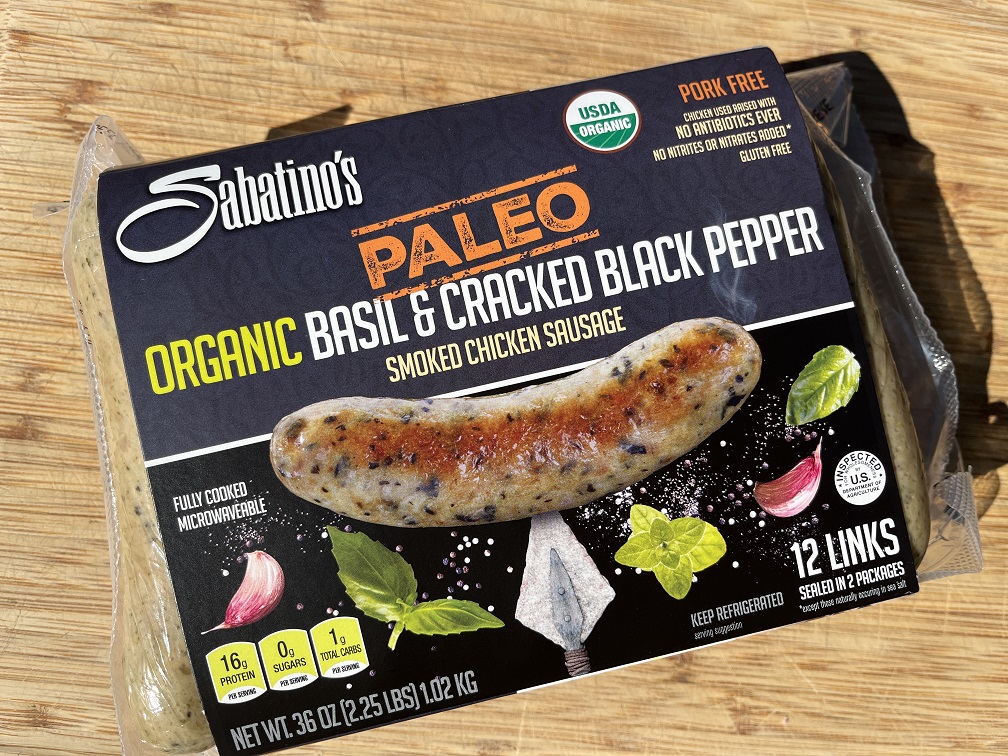 The chicken sausages are already fully cooked so all you need to do is heat them up.

If you are doing these one at a time then all you need to do is zap one in the microwave for 40 seconds.  Add another 20 seconds to the timer for each extra sausage you want to heat.

You can heat these up on a grill or in a skillet by cooking for a few minutes per side.  The packaging says they will also be good when baked at 350F for 8-10 minutes.

You get 12 sausages per package that are split between two packs of six.  Once you open one of the six packs you should cook and serve the sausages within three days. 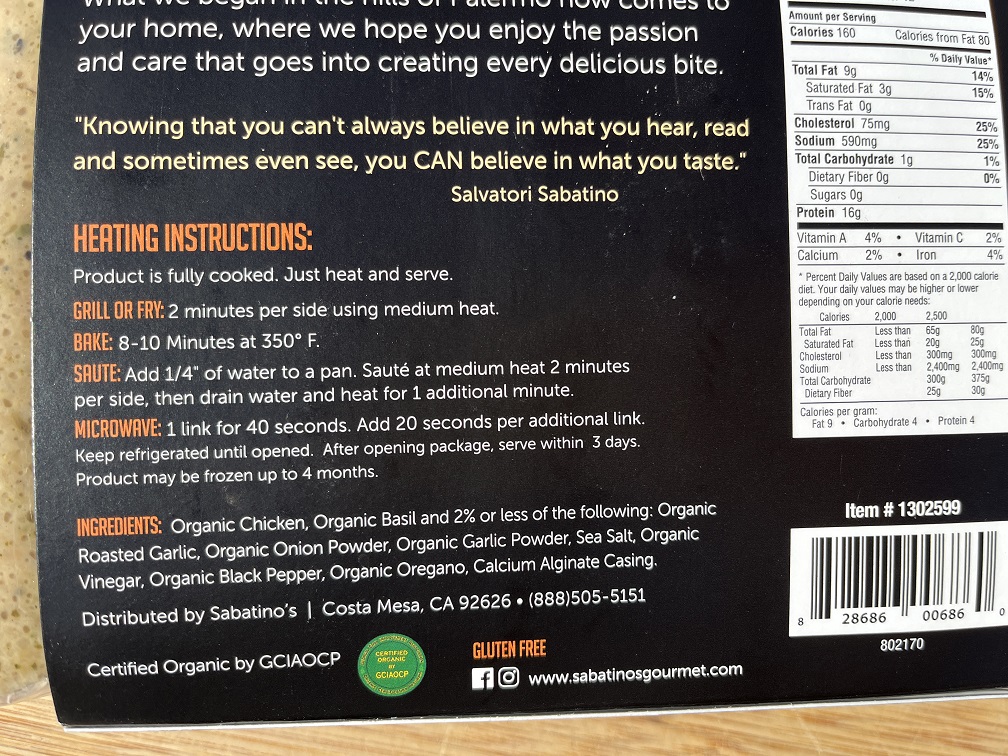 I heated the sausages, sliced them into rounds and served them with a package of Tattooed Chef’s Riced Cauliflower Stir Fry.

I was surprised by the mild flavor of the sausage.  With a name like “Basil and Cracked Black Pepper” I was expecting a flavor explosion that never happened.

The sausages were moist with a pleasant texture.  I picked up some basil flavor, but not much, and there was nothing that I tasted which made me think there was a lot of black pepper in there.  The package also says that these sausages are smoked and I missed that flavor component as well.

The sausages don’t taste bad, they just didn’t meet the expectations that were set by the packaging.  I guess I have to say that , “It tastes like chicken.”

These chicken sausages taste 100X better than the Chicken Teriyaki and Pineapple Meatballs at Costco. 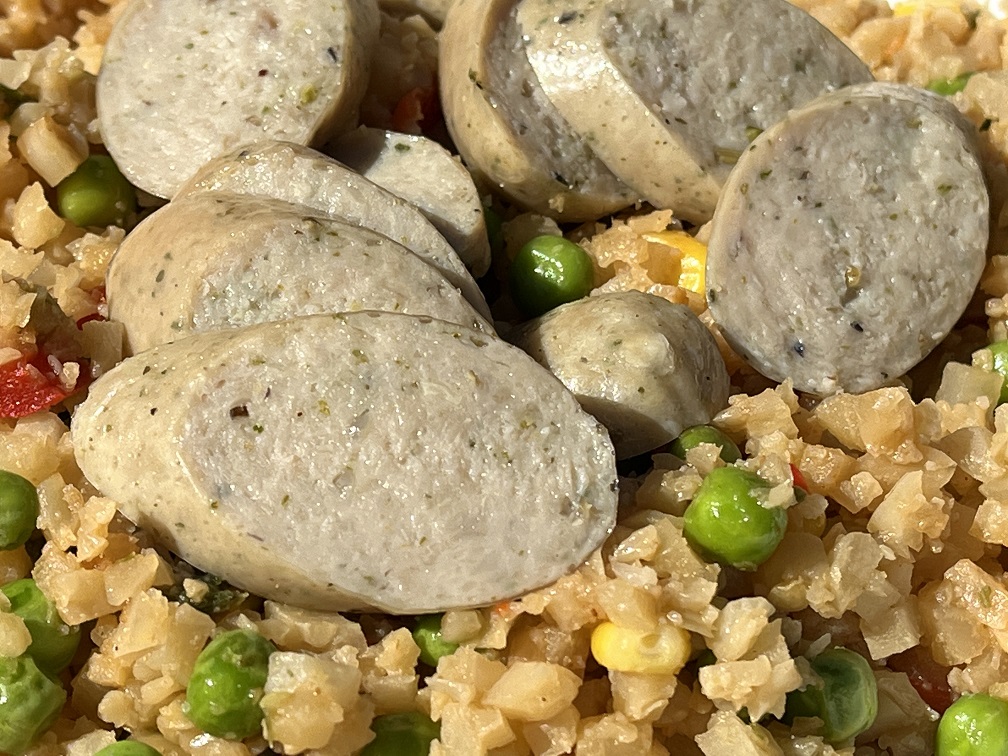 One sausage is a single serving and has the following nutritional information:

The sausages are Organic and Gluten Free.  The 1 gram of carbs and no added sugars make the chicken sausage very Paleo Friendly.  Overall this is a much healthier choice than other sausages at Costco like their bratwurst.

The sausages are made with a synthetic casing which means they are completely Pork Free unlike the Chicken and Apple Sausage from Aidells. 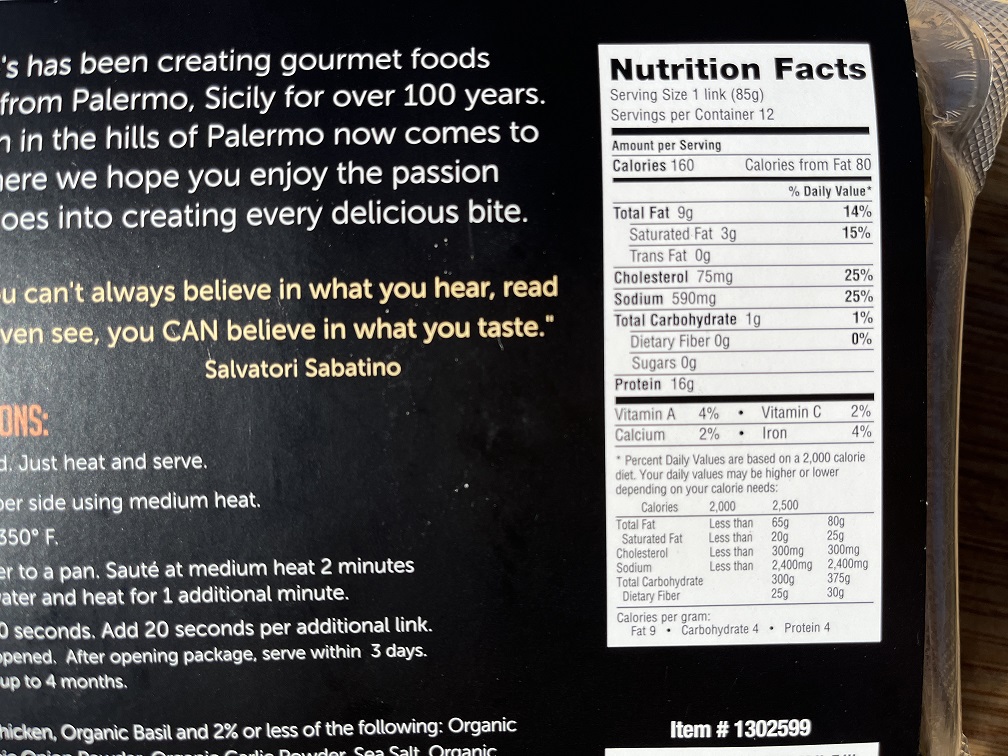 The regular price for the sausages is $14.59 which works out to a cost of:

The regular price is not outrageous but I don’t feel like it is a screaming bargain either. 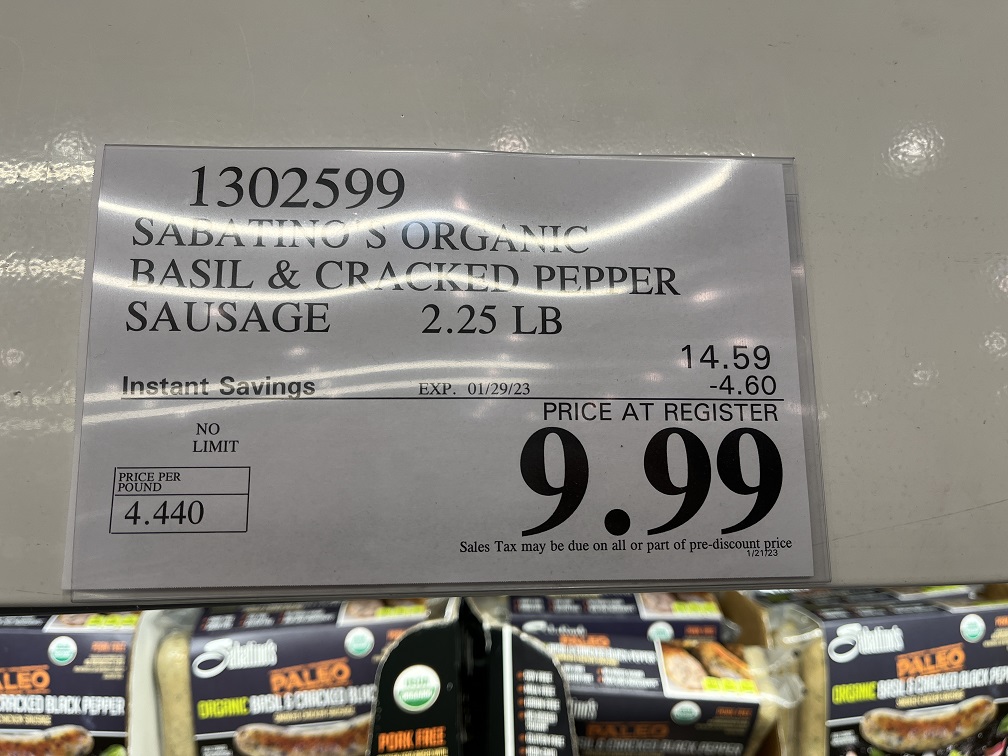 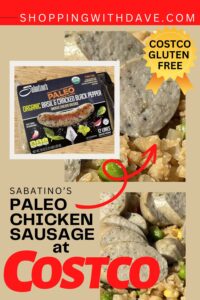