I was getting ready to check out at Costco yesterday and passed a nice lady passing out samples of Golden Island Pork Jerky.  I had been curious about this product for a while and was delighted to get a free sample without having to purchase a whole bag!

This Korean barbecue style pork jerky tastes and feels very different than a traditional beef jerky.  The pieces of jerky are small and this and feel slightly tacky like the flavors have been glazed onto the meat.

The texture of the pork jerky is at a crossroads between Tough/Tender.  The jerky is not hard but does have a lot of chew to it.

The flavor of the jerky is on the sweet side with touches of savory.  This flavor profile, which would be problematic on beef, works great with the pork.

Overall this is a nice jerky with a unique, interesting flavor and good chew. 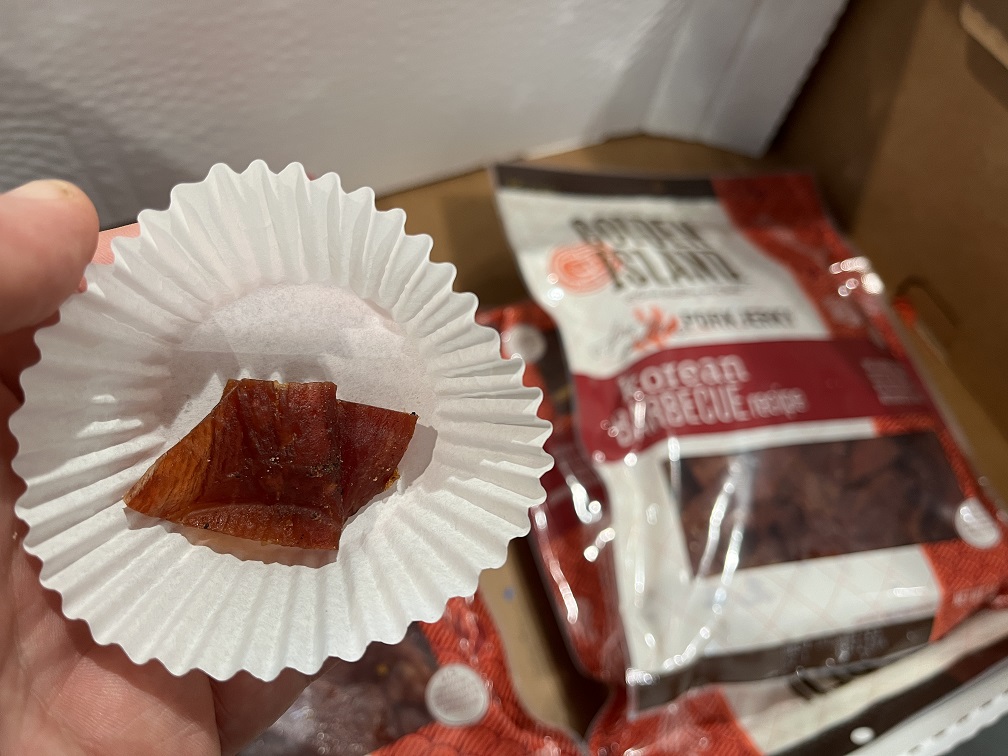 I pulled the customer reviews for this jerky from Amazon to see what other folks thought about the product.  As of August, 2022 there were over 2,600 reviews which means a LOT of folks are giving this jerky a try.

Overall the jerky has a 4.5 Star rating with 87% of customers liking it enough to leave either a 5 or 4 Star review.

Some of the representative positive comments about this jerky were:

Most of the negative comments were about the product being too expensive on Amazon or Amazon sending packages that were busted or expired.  If you are buying this at Costco then none of the negative reviews should concern you.

A single serving of this jerky is 1 ounce and has the following nutritional information:

Overall this is a relatively healthy meat snack that has nutritional qualities similar to jerky made from turkey or buffalo.

The pork jerky only has 2g of fat which is five times lower than found in Snake River Farms Wagyu Beef Jerky.

The carbohydrates are higher than you will find for most types of jerky and that comes from the added sugar in the ingredients.  This jerky would not be considered keto friendly.  If you want a low sugar jerky then check out Kirkland Signature Steak Strips instead. 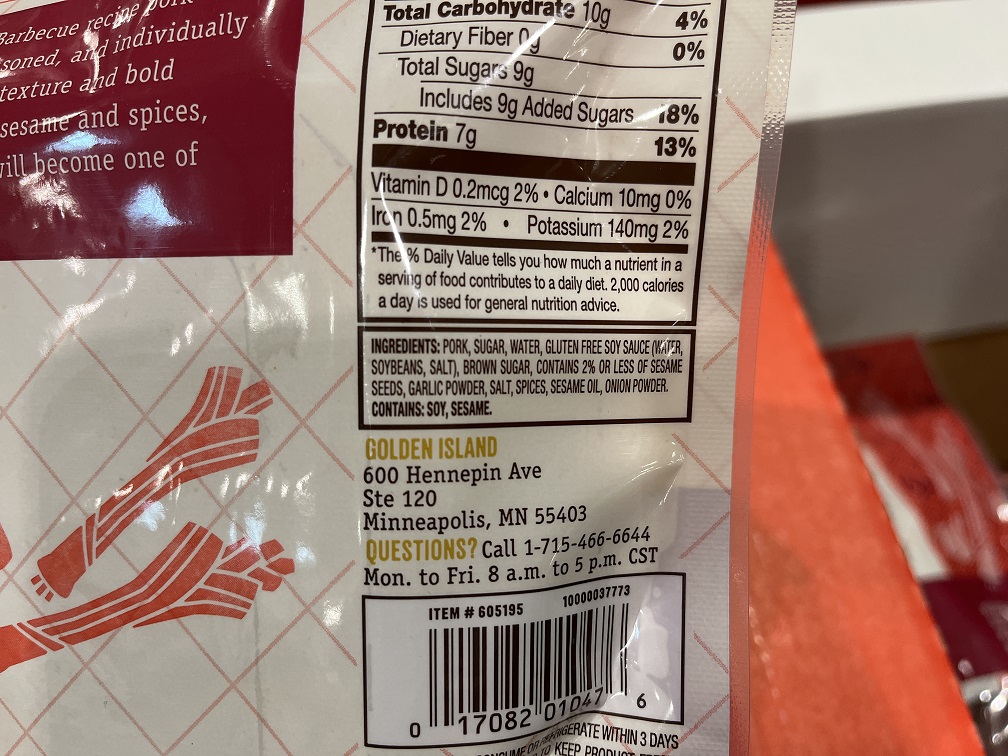 How Much Does the Pork Jerky Cost?

Prices are extremely volatile for everything right now so instead of looking at the total price I think it makes sense to compare the price to a benchmark.

For example, the Kirkland Signature Beef Steak Strips currently cost $0.966 per ounce and that is a pretty nice deal.

The pork jerky currently costs $0.07 per ounce less than the Costco branded beef jerky which makes the pork jerky a great value. 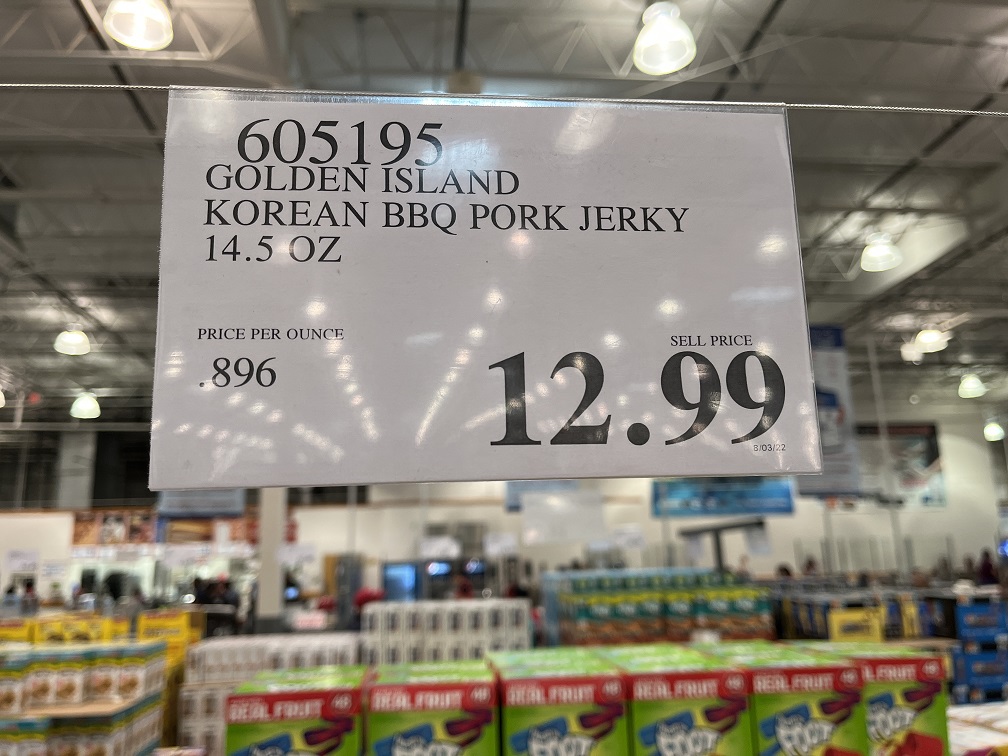