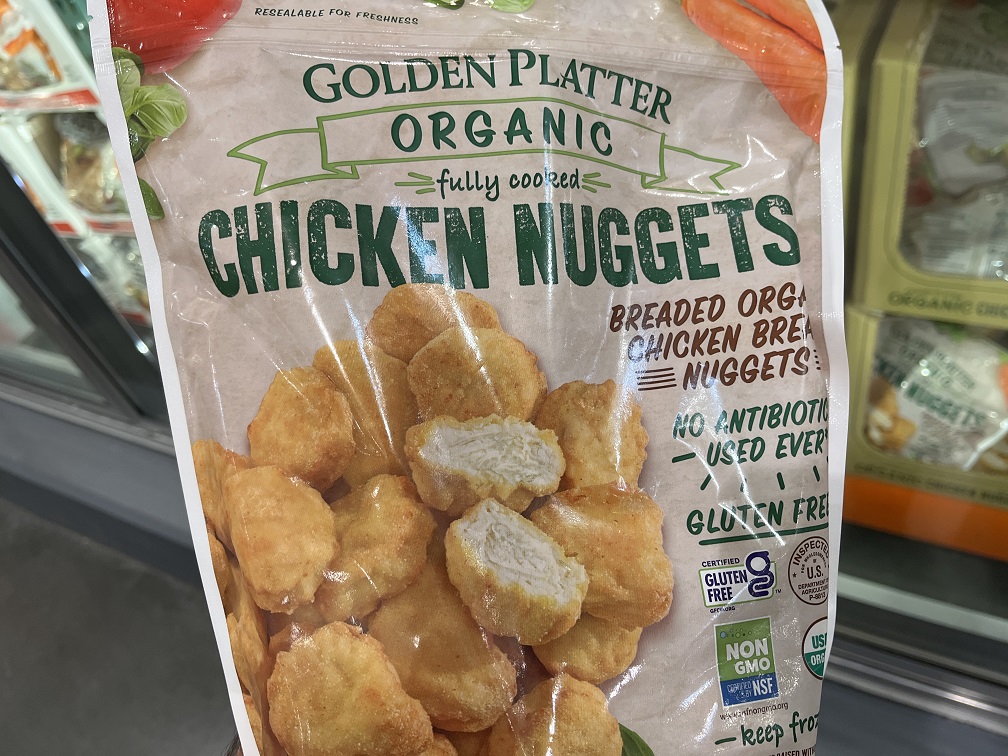 The frozen nuggets are already fully cooked and only need to be heated through.

Although the instructions do not mention it, the nuggets would also be great when cooked in an air fryer. 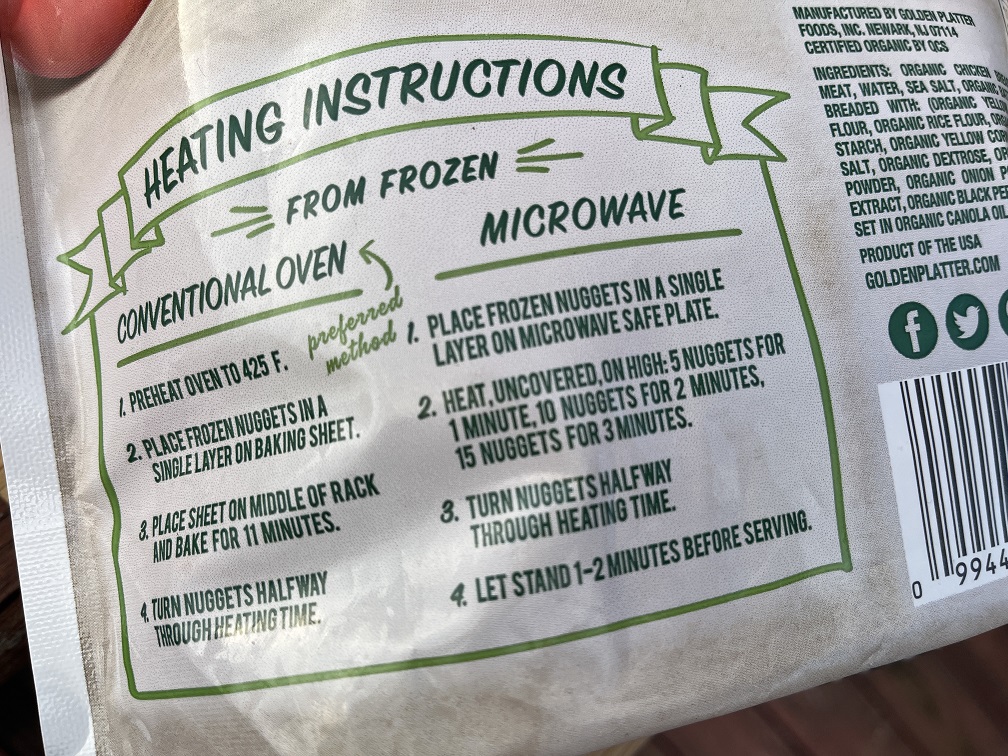 How do the Gluten Free Chicken Nuggets from Costco Taste?

I believe that most kids would love these nuggets but I found them to be nearly inedible.

The breading, made from a combination of corn and rice flour, had a nice flavor and was decently crunchy. For me, the breading was the best part of the chicken nugget.

The meat inside the nugget was something that I just couldn’t handle.  The meat was foamy, fluffy and spongy.  It looked and tasted ultra processed and I could not eat more than two of the nuggets.  The label says that the meat is chicken breast and I will give the folks at Golden Platter the benefit of the doubt.

My wife tried a nugget dipped in some Primal Kitchen Buffalo Sauce and thought it was decent but I noticed she only ate one.

If you have a child that is gluten sensitive then go ahead and try these out as I am pretty sure your kid will like the nuggets.

If you are looking for some tasty chicken bites, and aren’t worried about gluten, then I suggest you go with the Just Bare Chicken Nuggets if your Costco still carries them. 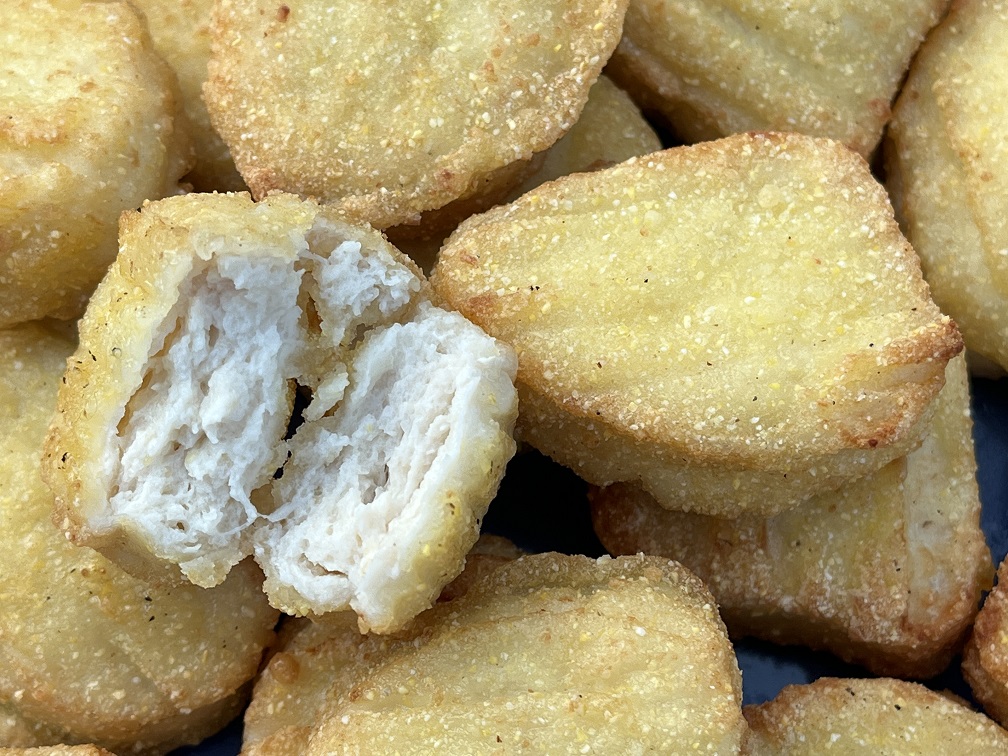 Five nuggets are a single serving and have the following nutritional information:

The packaging indicates that the nuggets are Gluten Free, Organic and Non GMO. 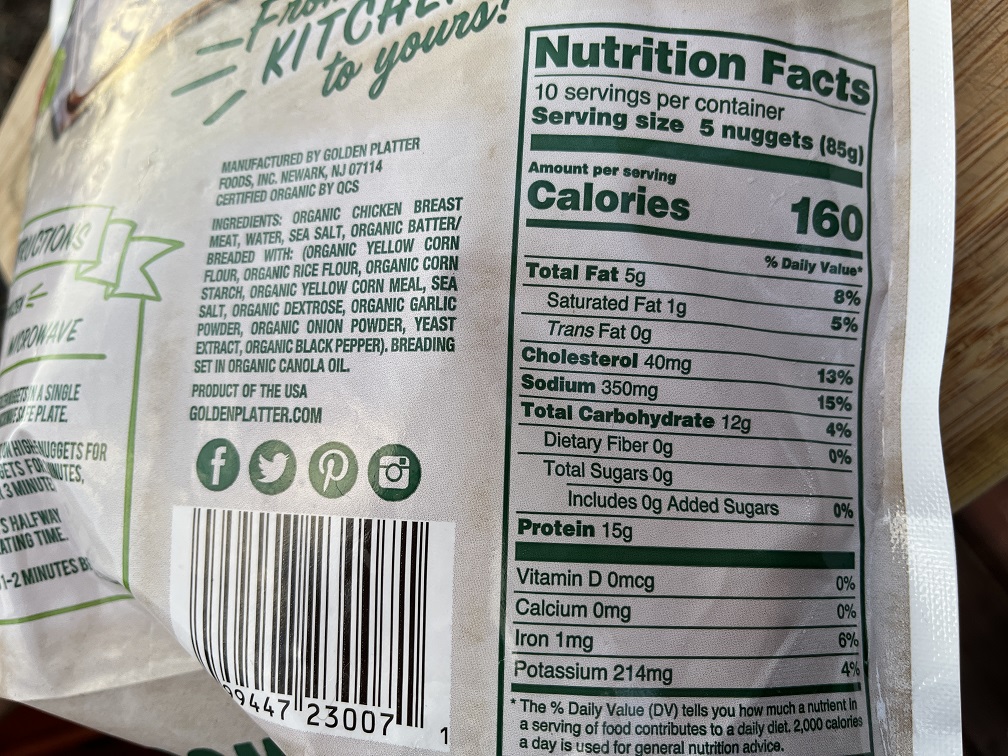 This is item number 1172087 and is found in Costco’s freezer section. 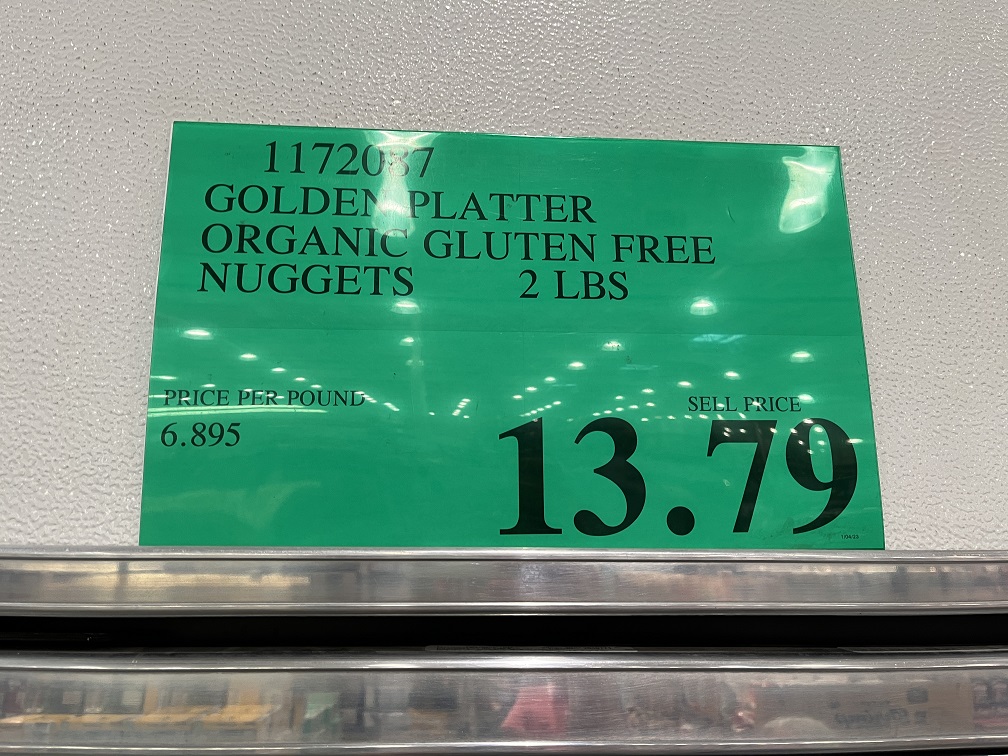 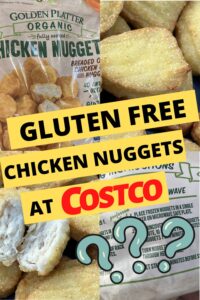