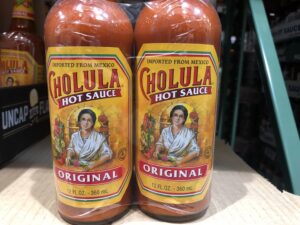 Cholula is one of my favorite hot sauces.

The heat level is a solid Medium which is hot enough to let you know that you have some peppers in your mouth but not enough to overpower your food.

The use of two types of peppers with some garlic brings a well rounded flavor profile.

The Bottle Eventually Runs Out

Cholula has been one of my favorite hot sauces for years and is a standard item in my pantry.  I was delighted when I spotted it being sold as a twin pack in oversized bottles.

Of course these beauties were coming home with me! 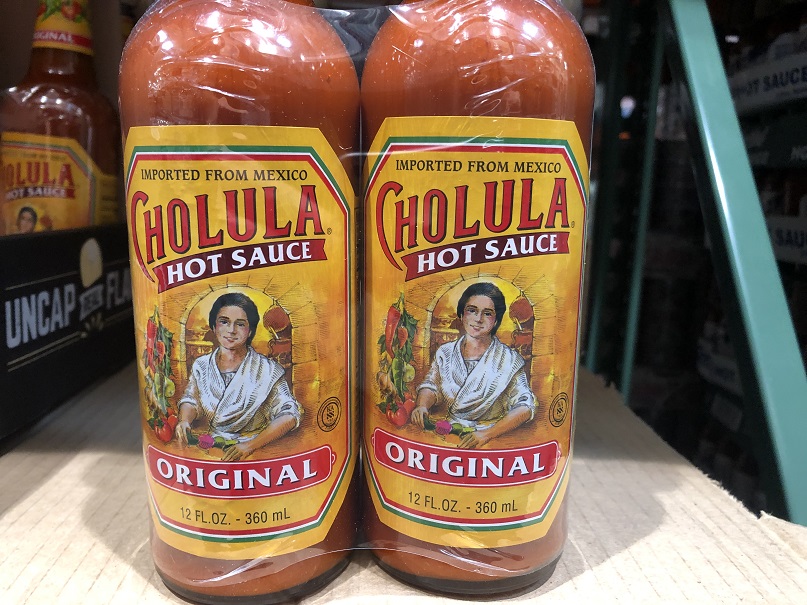 Let’s take a closer look at what you get with these bottles of hot sauce.

You get 12 ounces of sauce in each bottle.  One serving is a single teaspoon and there are about 72 servings per bottle.

One reason that I love hot sauces like Cholula is that they add so much flavor to feed without bringing any calories to the party.  This is in stark contrast to calorie laden sauces like Trader Joe’s Magnifique Sauce and Salt Lick’s Spicy BBQ Sauce. 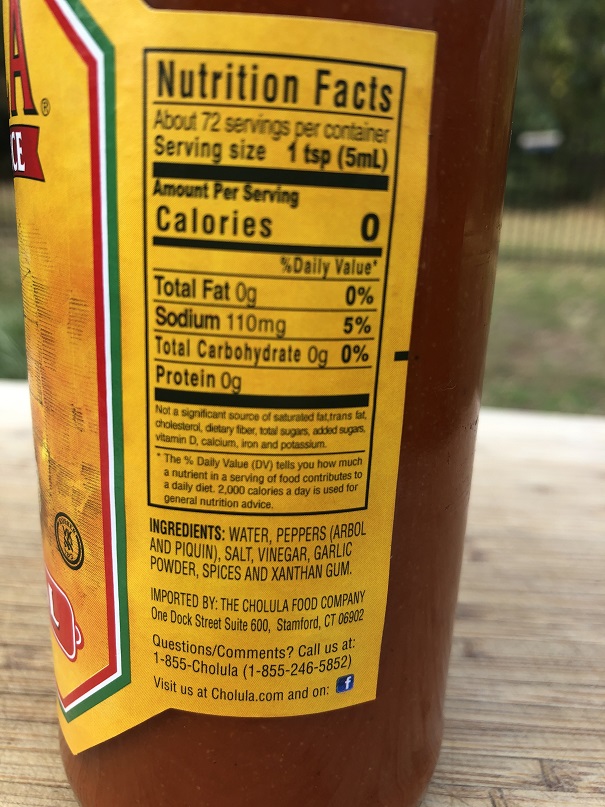 The sauce has the following ingredients:

How Does Cholula Hot Sauce Taste?

Cholula hot sauce is tangy and spicy, without being stupid hot, with a pleasing array of flavors.

The heat comes from two types of peppers, arbol and piquin, which is a nice change of pace from the single heat note that you get from cayenne pepper based Louisiana style hot sauces.

The garlic and other spices play secondary, but notable, roles to round out the profile. 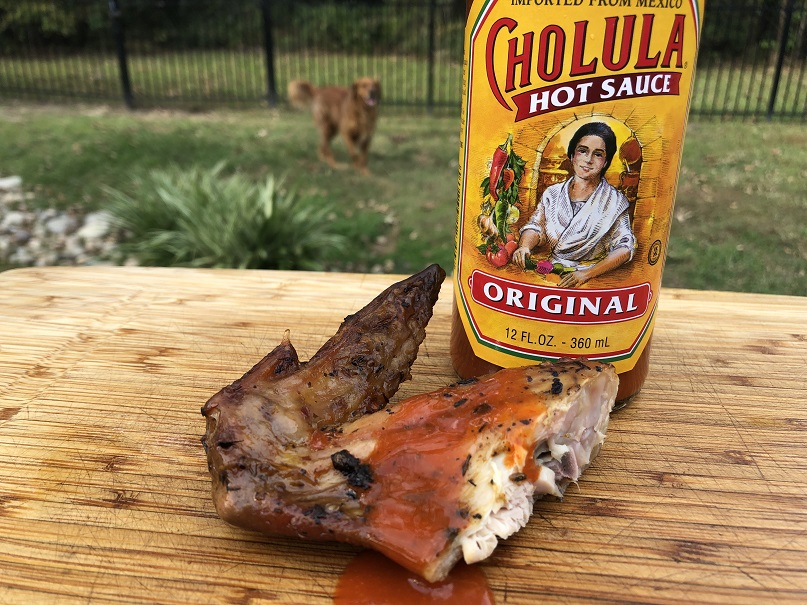 I eat a ton of this sauce for breakfast when I put it on scrambled eggs and grits.

It is equally as excellent on fried shrimp or catfish.

I do not use this sauce on beef or pork as I like Trader Joe’s Green Dragon Sauce for those proteins.

I wanted to see what other people thought about this sauce so I checked out the customer reviews on Walmart.  There were 222 reviews for this sauce as of November, 2021 which is a pretty solid data set.

98% of all customers liked this sauce so much that they left 5 and 4 Star reviews.

Nobody was foolish enough to leave a one star review for this delightful sauce.  The lone 2 Star review was from a customer who had this delivered and it arrived broken.

Some of the Positive comments left by Walmart customers include:

This means that you will save $0.173 per ounce (34%) by purchasing the two pack of Cholula at Costco. 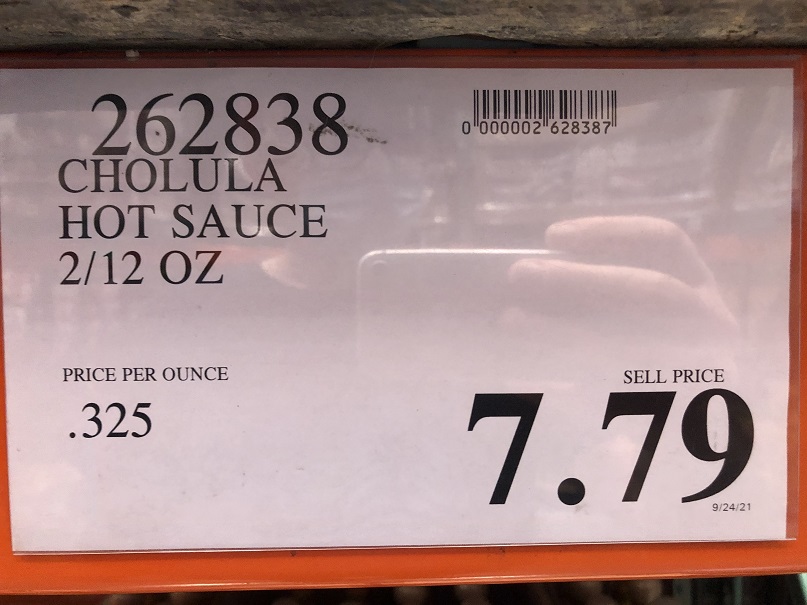