I picked up a tray of Sam’s Club chicken alfredo yesterday to try it out for an easy, and hopefully tasty, weeknight dinner.  This was my first time trying out a Sam’s Club “take and bake’ dinner and was curious how it would turn out.

Stick with me and we will cover: 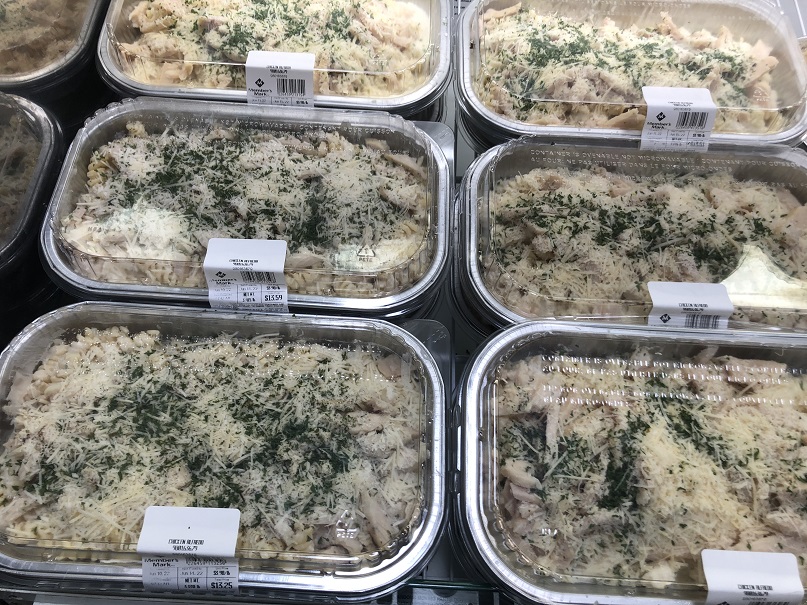 How to Cook the Chicken Alfredo from Sam’s Club

The cooking instructions for the chicken alfredo were printed so small and faintly that I had to take a picture of them and blow it up on my phone!

The cooking instructions are:

We placed the tray on a baking sheet before we put it in the oven for easier handling.

We cooked the meal at 375F for 50 minutes as instructed and the dinner came out great.  Be careful when you take the aluminum foil off the tray as there will be some hot steam.

UPDATE: I was reading the reviews for this meal on the Sam’s Club website and it looks like some locations are selling the meal in an entirely plastic container that is NOT oven proof.  If your alfredo comes in a plastic container instead of a foil pan you must transfer the meal to an oven safe dish before covering it in foil and baking. 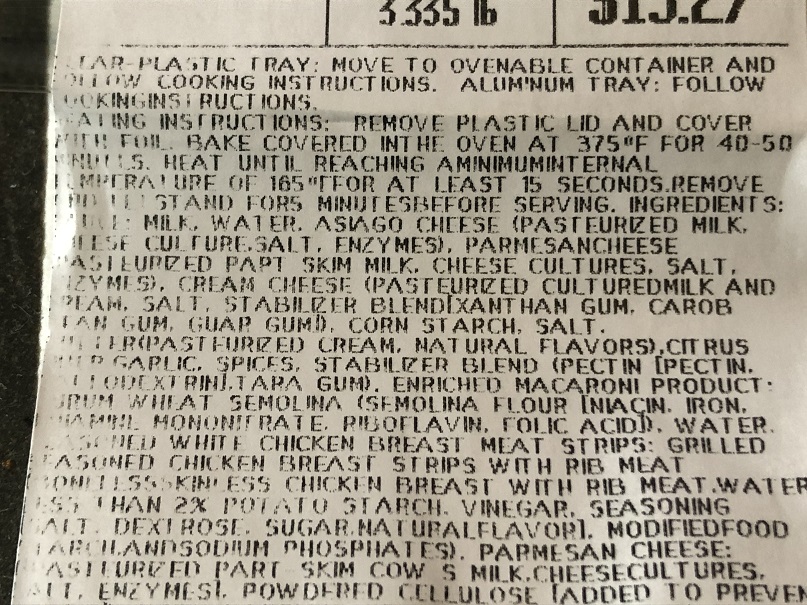 Nutrition and Calories for the Chicken Alfredo

One cup of this dinner is a single serving and has the following nutritional facts:

Considering that this is a take and bake pasta dish with a cream sauce and cheese it is a lot healthier than I imaginged!

The chicken alfredo from Costco is one of our favorite meals so the one from Sam’s Club had some stiff competition!

My wife and I agreed that the chicken alfredo was pretty tasty and that we will be buying it again.  Overall the pasta was tender, the sauce was flavorful and the chicken was reasonably seasoned.

One of the things we both liked better than the Costco version of this meal was the use of rotini pasta as it held the sauce very well.

One of the things we were split on was the type and amount of chicken in the meal.  The Sam’s Club version has less chicken than Costco’s and was in the form of small slices.  I would have liked more chicken but my wife prefers less meat.

We had this meal with a simple side salad and were quite satisfied. 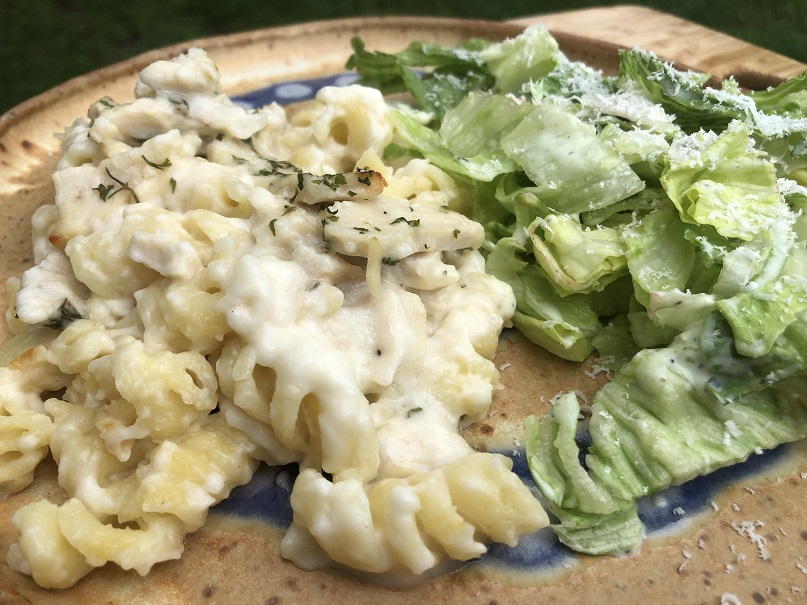 How Many People Does the Meal Serve?

You get about 3.4 pounds of food per tray which the label says equals 8 servings.  In reality you are not going to feed 8 people with this meal.

My wife and I both had two servings of the pasta and the picture below shows how much was left in the pan after dinner was over.

I would say that with this amount of food you could feed three people generously or four people quite decently.