Costco has a lot of great seafood including a wide selection of salmon products.  Among these products are two versions of Kirkland Signature Smoked Salmon and picking which one to buy can be confusing.

If you are trying to choose between the two types of smoked salmon, Sockeye and Atlantic, then the one you want to get is the Wild Alaskan Sockeye.

Stick with me and we will go over: 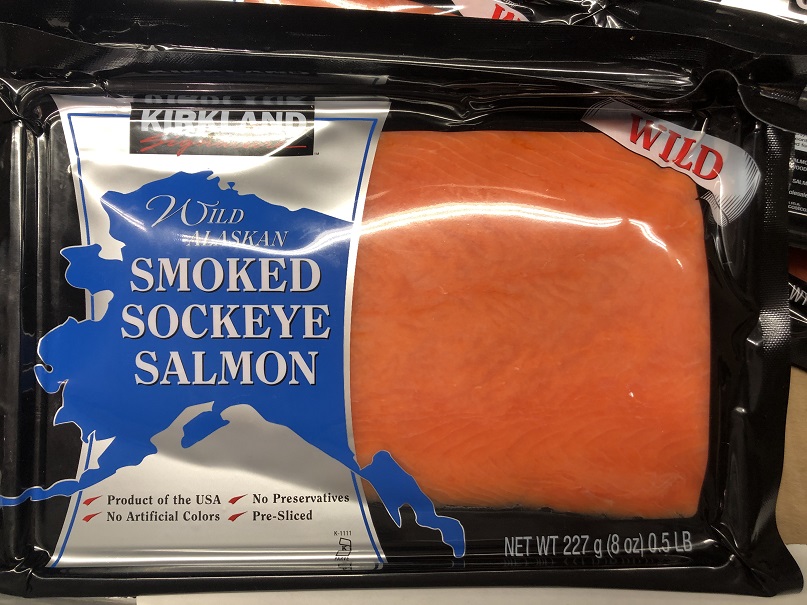 It turns out that there is a world of difference between Atlantic and Sockeye salmon. These differences arise from the fundamental differences between the two species of fish as well as how they are raised.

The Atlantic salmon is farm raised in Norway while the Sockeye salmon is wild caught in Alaska.

There are many problems with farm raised salmon including environmental impact and disease among the fish.  Whenever possible you should try to buy wild caught fish over farmed fish.  The only exception to this rule is the farm raised barramundi that you can also find at Costco. 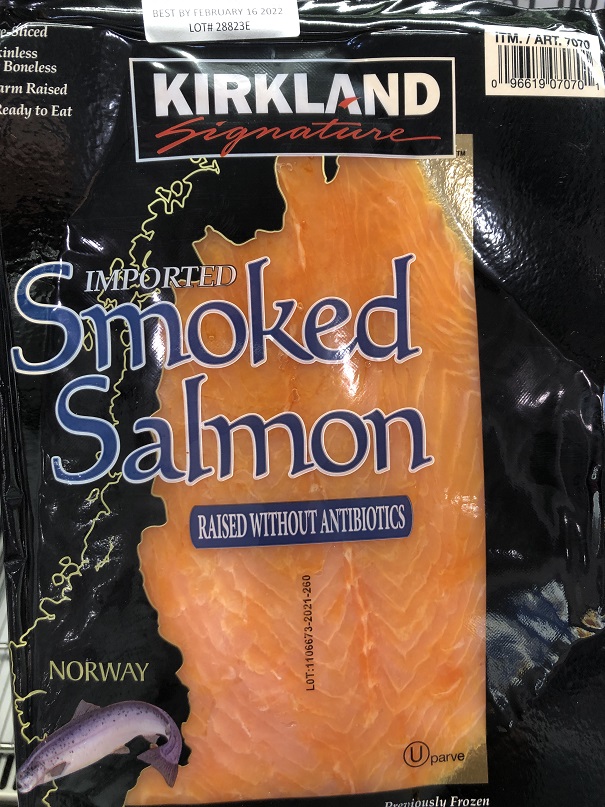 From a flavor standpoint, Sockeye has a deeper, more authentic salmon flavor than Atlantic salmon because the Sockeye eats a natural diet.

Here is a quick look at some of the most frequently asked questions about Kirkland Signature Smoked Salmon.  If you have any other questions then drop them in the comments below and I will try to find the answers.

How Much Does Smoked Salmon Cost at Costco

Prices are bouncing around all over the place these days but, in general, the smoked salmon costs about $14 per pound and the two pack at Costco will end up running you around $20.

Overall this is a great price.

Smoked salmon is very healthy, especially if you choose the Sockeye which is lower in calories and fat than the Atlantic.

Salmon is much lower in pollutants such as mercury than other fish such as tuna, orange roughy, cod and mahi mahi.

This salmon is cold smoked and has a raw texture.  Despite the raw texture, the salmon has been made safe to eat through curing in salt and sugar.

Costco sometimes sells a Hot Smoked Salmon and this version is fully cooked.

Where is the Smoked Salmon Located

Costco keeps the smoked salmon in the refrigerated section by the meat counter.

The salmon is usually found by the salami and other charcuterie meats.