If you are looking for almond milk then Costco has you covered!  Let’s take a closer look at what products Costco is selling so you can decide if their almond milk is right for you. 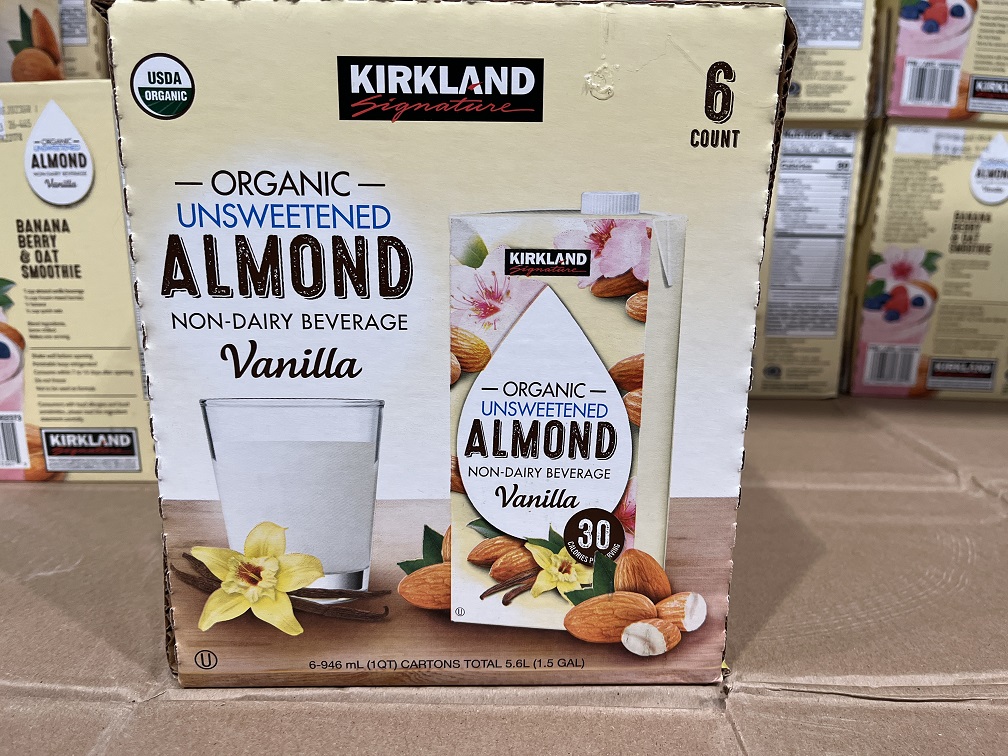 And just for clarification, all of these products are labelled as a “Non Dairy Beverage” for various legal reasons but everyone still calls them “Almond Milk”.

Is Almond Milk from Costco Good?

I think the almond milk from Costco is great.  However, I have found that almond milk is one of those products where people develop some pretty strong brand loyalty and folks are hesitant to switch products once they find one that they like.

There are a couple of different varieties of almond milk at Costco but I am going to focus on the Organic Unsweetened Almond Milk with Vanilla.

I pulled up the Amazon reviews for the Kirkland Organic product to give you a more balanced perspective rather than just my opinions.  There were almost 1,000 reviews and they are overwhelmingly positive.

When you combine the 5 and 4 Star reviews the Kirkland Organic Almond Milk has an 87% customer satisfaction rating. Some representative comments from customers who love the product are provided below:

Most of the 1 and 2 Star reviews complained about issues relating to poor customer service from Amazon such as receiving damaged or expired product and the high cost of buying on Amazon compared to the Costco warehouse price.

Users report that they love using the almond milk for:

A single serving of almond milk is one cup and has the following calories and nutritional information:

The almond milk is relatively healthy in that it is low in calories, fat and cholesterol.  On the flip side, this stuff is basically pulverized almonds dispersed in some water so there really isn’t much of anything in there to actually provide meaningful nutrition.

This is a great beverage alternative for people who are allergic to dairy or want to have a vegan diet. 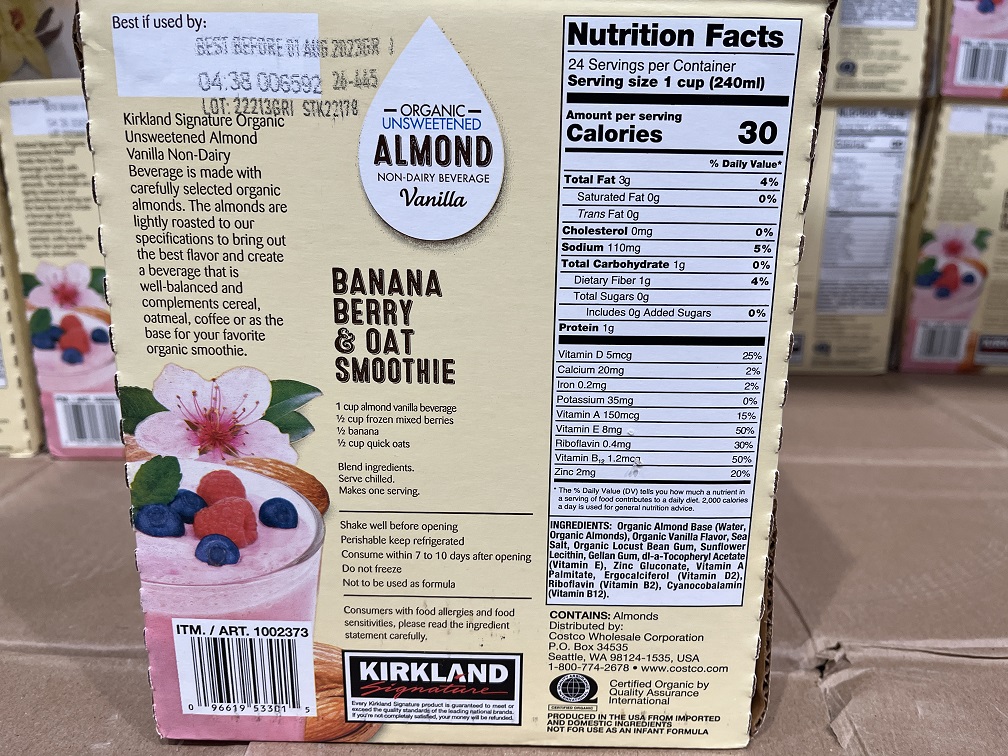 How Much Does Almond Milk Cost at Costco?

The organic almond milk currently costs $8.59 for six containers with each container holding 32 ounces of product.  This works out to a cost of $0.045 per ounce.

Costco also carries a non-organic almond milk that costs a little less at $0.034 per ounce as well as the organic product from Silk which costs $0.052 per ounce.

Overall the almond milk at Costco is a great value and you will be hard pressed to find a better price for an equivalent product. 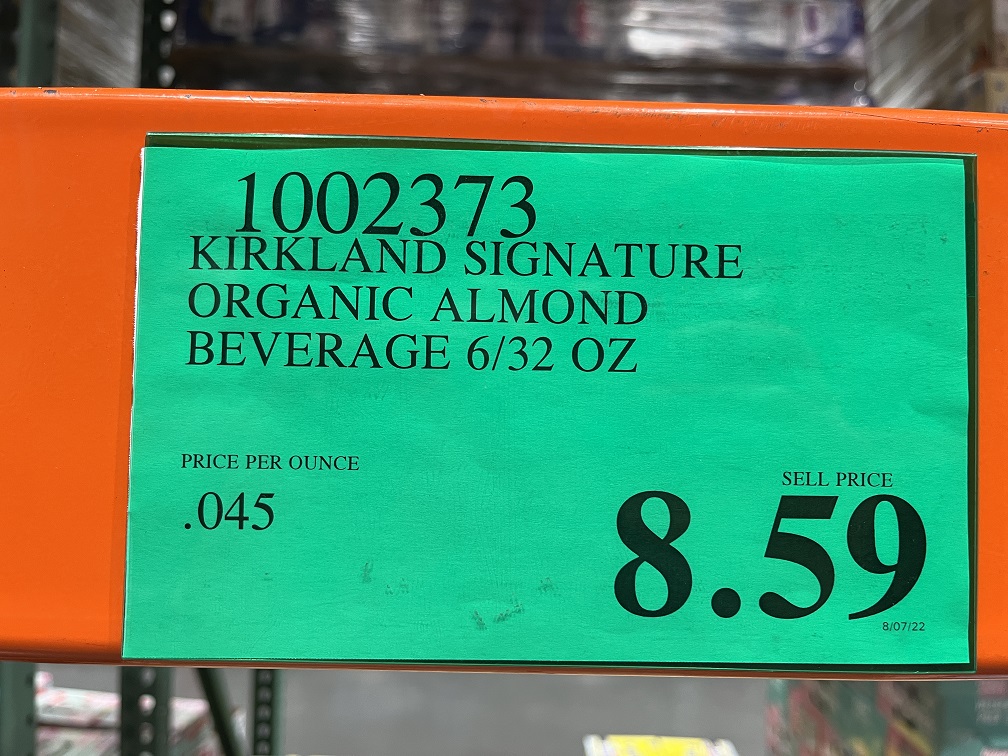 What Type of Almond Milk Does Costco Carry?

The Silk almond milk is kept in the refrigerated section by the eggs and regular cow’s milk. 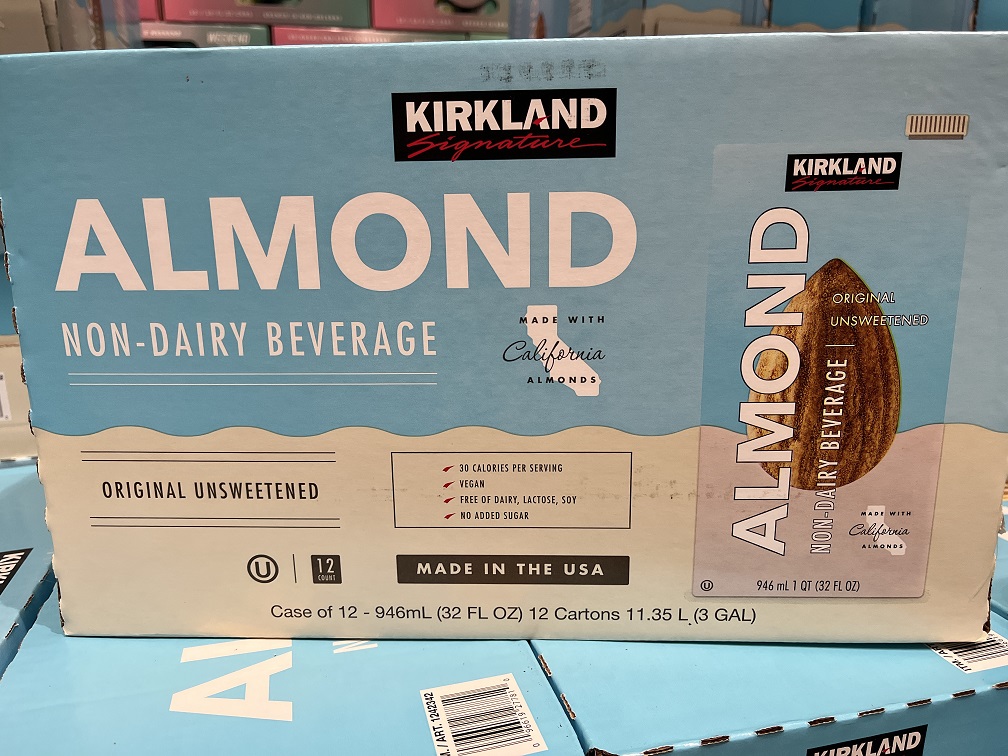