Costco is selling a 3200 psi Husqvarna pressure washer as a pretty decent price.  I did some research into the unit and decided that it was not something I wanted to purchase.  It looks like the pressure washer has plenty of power but there are some serious reliability issues. 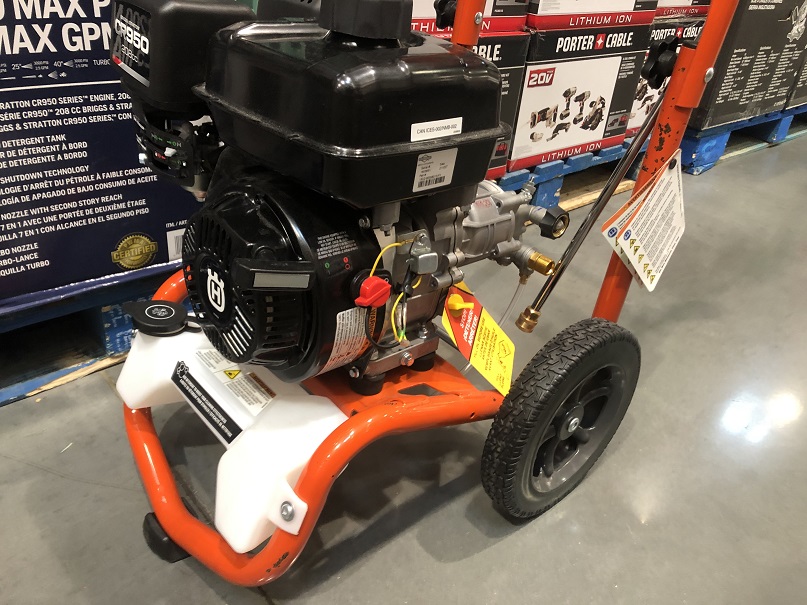 The Husqvarna features a powerful Briggs and Stratton 208cc engine that comes with a two year warranty. The engine generates 3200 psi of water pressure at a flow rate of 2.5 gallons per minute.

The washer has a single spray nozzle with “multi tip” functionality.  The product description says, “Quickly change spray patterns or apply soap with a twist of the wrist using this all in one nozzle. There’s no need to change out or store multiple spray tips. This nozzle includes 0⁰, 15⁰, 25⁰, 40⁰, soap, second story jet, and second story soap nozzles.”

The machine also comes with a secondary Turbo nozzle that operates in a rotary mode and is claimed to clean 40% faster than the standard nozzle.

I searched around some and wasn’t able to find out exactly what the “second story jet and second story soap” functions were.  I checked the Owner’s Manual and it looks like they might be a couple of Low Pressure settings?

The unit features a rather heavy duty 30 foot cord and a half gallon detergent tank. 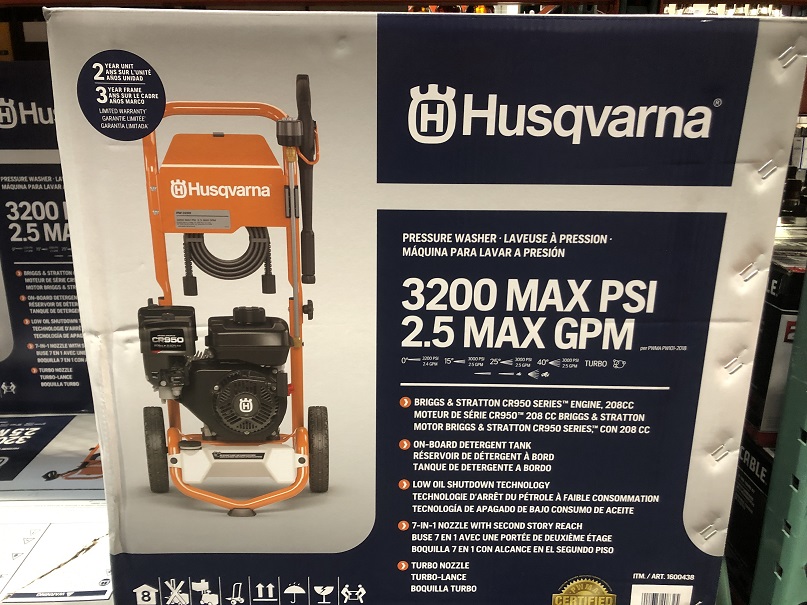 Customer Reviews of the Pressure Washer

I pulled the customer reviews for this unit from Costco’s website and was immediately concerned with what I saw.

When you combine the 1 and 2 Star reviews it turns out that 25% of Costco customers think this unit is a piece of  junk.  This is the lowest rating that I have seen for any product sold at Costco.

Almost all of the negative reviews dealt with the reliability of the unit.  Some of the representative comments are provided below: 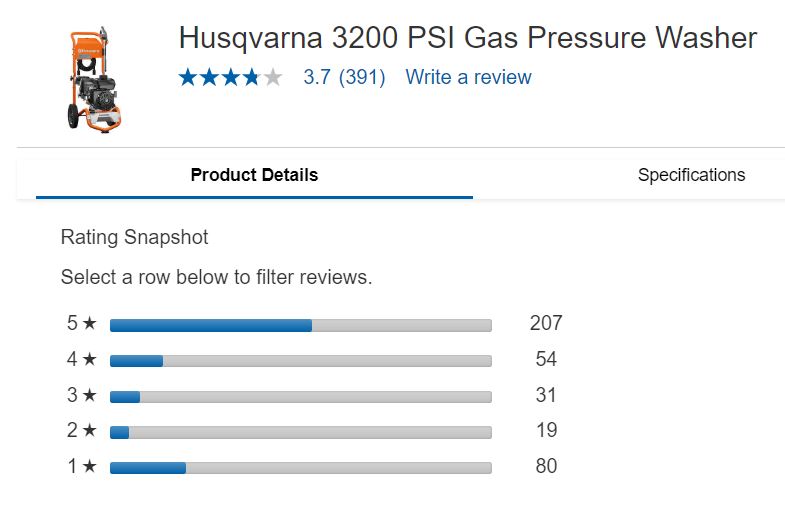 Reliability of the Husqvarna Pressure Washer

In order to start the engine you need to:

I suspect some users are forgetting to move the Choke Switch after the unit is running.

Other users state that the unit will only run for a few minutes before shutting off.  The User Manual states that this is most probably because of an automatic shutoff that happens when the washer is low on oil.

Lastly, it is important to turn the Fuel Switch to CLOSED when the unit is not running as having the carburetor full of gasoline for long periods of time apparently damages a float.

All of that being said, I am not particularly mechanically inclined and I simply want a unit that starts easily every time.   From the reviews I read it does not sound like this will be my unit and I will need to stick with an electric power washer. 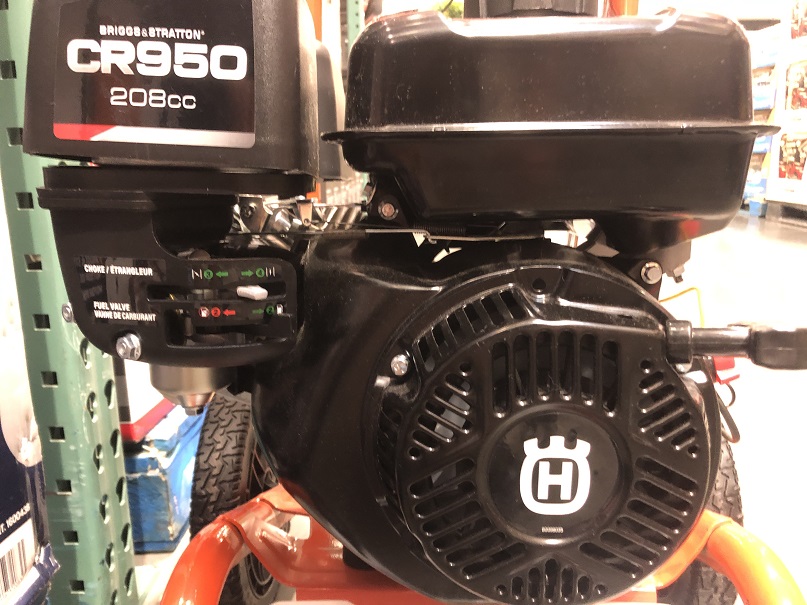 The Husqvarna 3200 Pressure Washer in Action

Just in case you are still interested in this unit and wanted to see it in action, here is a nice video showing this pressure washer in action.

The unit does generate a lot of pressure so make sure you keep the nozzle at least 6-9 inches away from the surface you are cleaning to avoid damage.