I have been on a mission to shed 30 pounds and one of my go to meals are egg white omelets.  I have been cooking Kirkland Cage Free Egg Whites for breakfast and am super happy with the product. 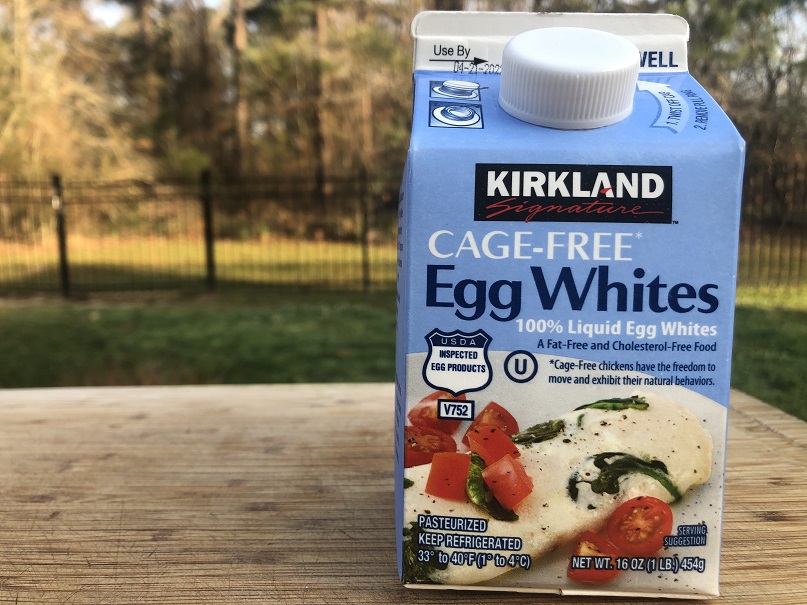 I love egg whites because they are filling and satisfying without having many calories.  Also, I have never been a fan of runny egg yolks so skipping the whole yolk thing is just fine by me!

Three tablespoons of egg whites is a single serving and has the following calories and nutritional information.

When I make my an omelet I will use two servings which is about 1/3 of a cup. 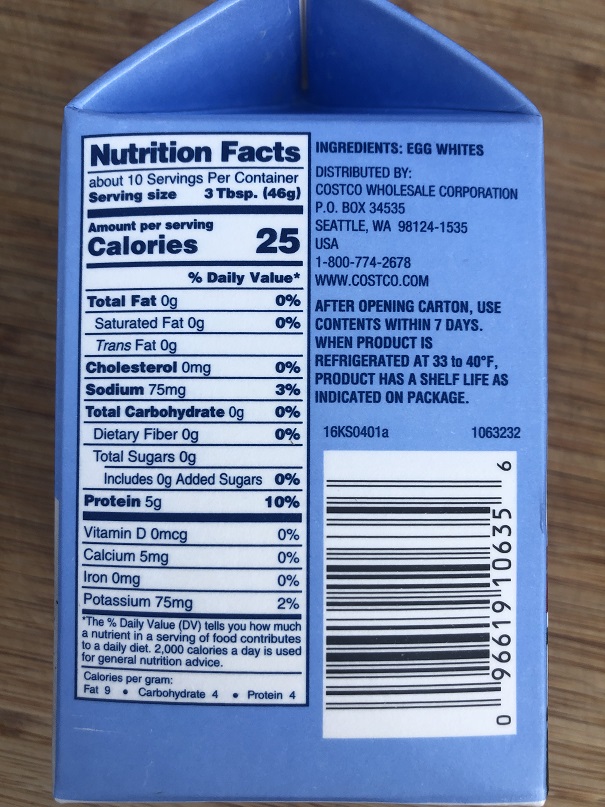 These whites are made from Cage Free eggs and not Free Range eggs which is why I believe they cannot be labeled as Organic.

The Egg Whites Are Not Colored

The egg whites being sold at Costco do not have any added colors unlike some brands which add beta carotene to turn the whites yellow.  The whites are liquid clear and turn white when cooked.

Here is what they look like when cooked with some veggie crumbles, salt and pepper. 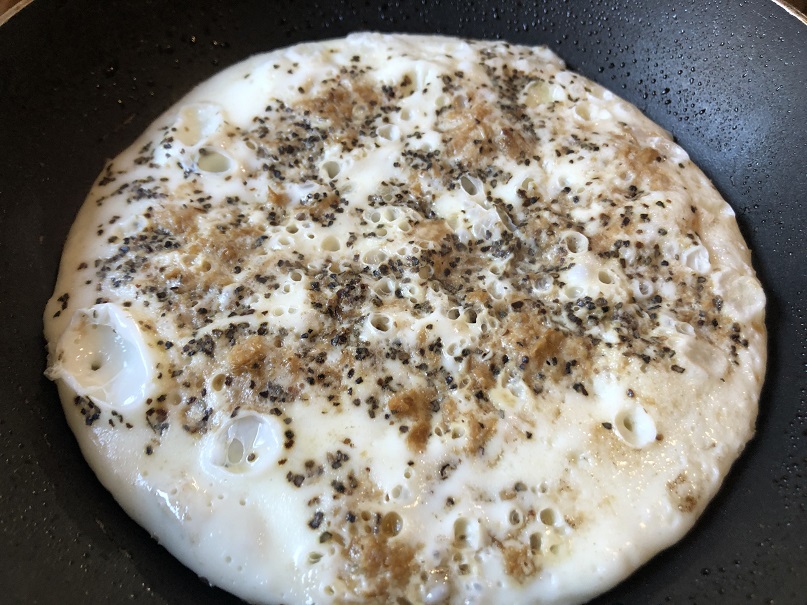 After I cook the omelet I love to add some Green Dragon Hot Sauce and wash it down with a cup of Kirkland Medium Roast coffee.

Between having these omelets for breakfast and enjoying the Tattooed Chef’s cauliflower rice for dinner I have been seeing major decreases in my waistline!

Can You Drink Costco Egg Whites?

These egg whites are fully pasteurized and are safe to drink.  The packaging even includes a recipe for a Fruit Smoothie that use 1/2 cup of the egg whites without cooking.

I was surprised to see this question pop up while I was researching this product but apparently drinking egg whites is popular among bodybuilders.  Who knew! 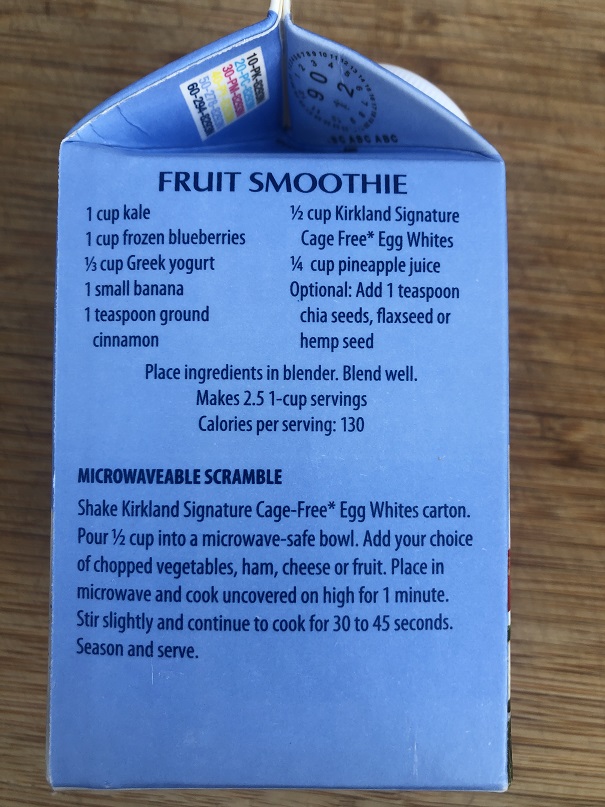 It turns out that while the pasteurization process makes the egg whites safe to drink it also limits their use in cooking applications. Specifically, these whites will not whip and should not be used to make meringue or Angel Food cakes.

Are Egg Whites Cheaper at Costco?

When you buy the Kirkland egg whites at Costco you get six containers that each have one pound of egg whites.

In contrast, you can buy a two pound carton of egg whites at Walmart for $3.87 which works out to a cost of $1.93 per pound. 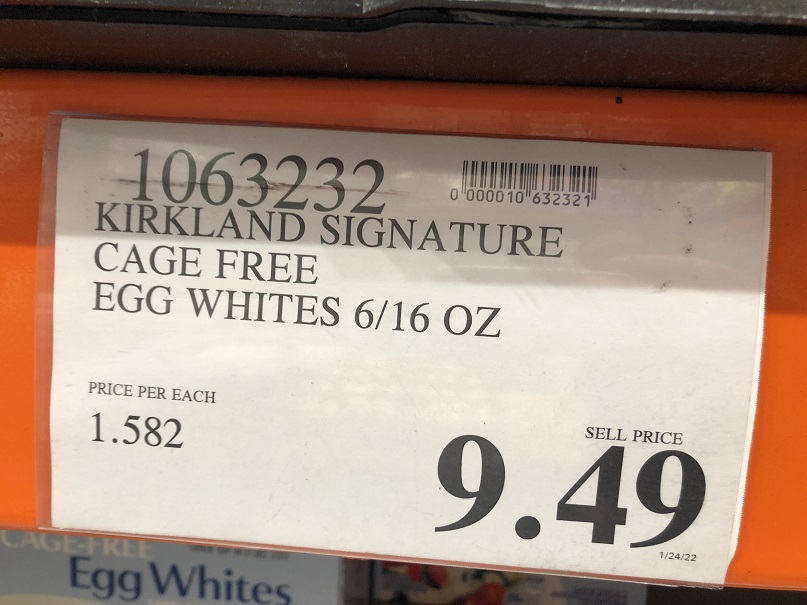