I had been hearing great stuff from folks in the keto/paleo crowd about Trader Joe’s Cauliflower Gnocchi.  Apparently this is supposed to be a very tasty knock-off of traditional gnocchi made from potatoes that is just as filling without the carbs.

I spotted this bag of gnocchi in the frozen food section of Trader Joe’s and decided to give it a try.  Keep reading and we will cover:

How to Cook Cauliflower Gnocchi

I decided to go with the preferred method and pan fried the gnocchi.  To pan fry the gnocchi you need to:

In hindsight it probably would have been easier to just throw these things in the microwave and zap them for 4-5 minutes. 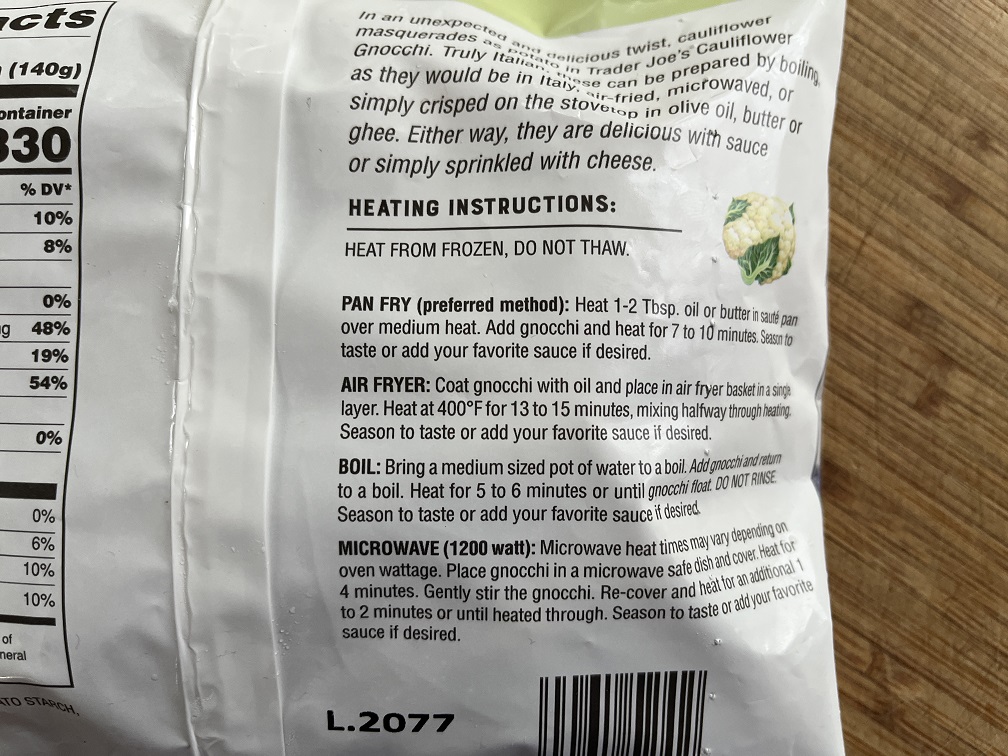 How Does the Cauliflower Gnocchi Taste?

The packaging suggested serving the gnocchi simple dressed with olive oil and grated cheese so I gave that a try.

It turns out that the gnocchi tasted exactly like steamed cauliflower that had been tossed with olive oil and grated cheese.

The cauliflower gnocchi has a shape and texture that is similar to potato based gnocchi but none of the flavors I was hoping for. 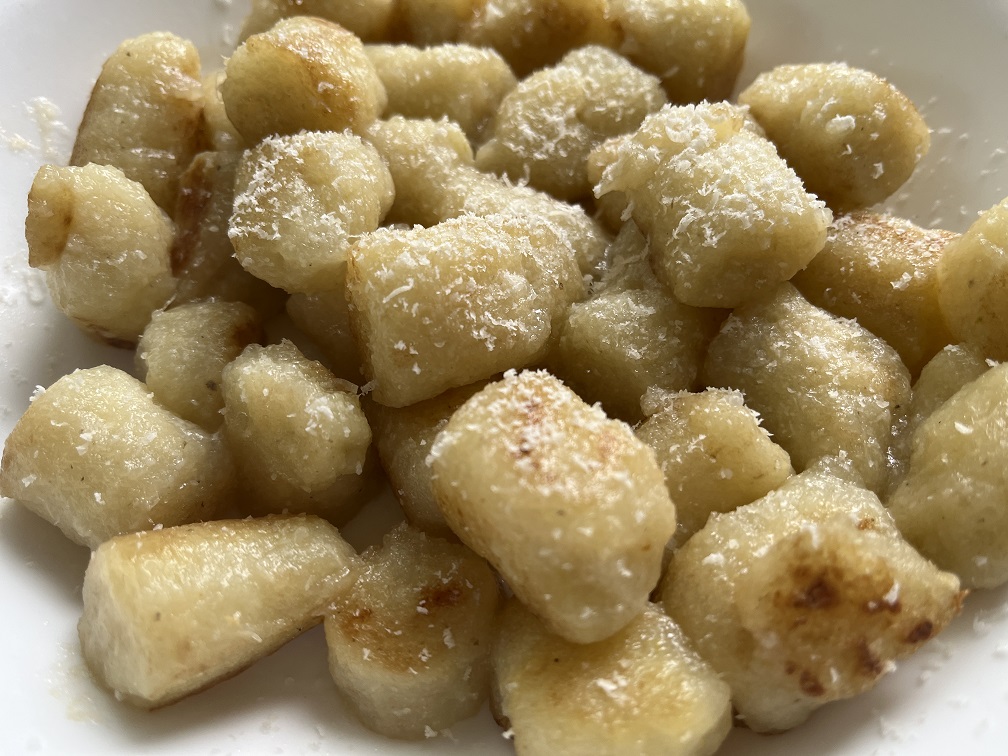 I suspect these would have been much better tossed with a pesto or served with a meat ragu.

The gnocchi, which are a product of Italy, are labelled as Vegan.  The gnocchi have the following ingredients: 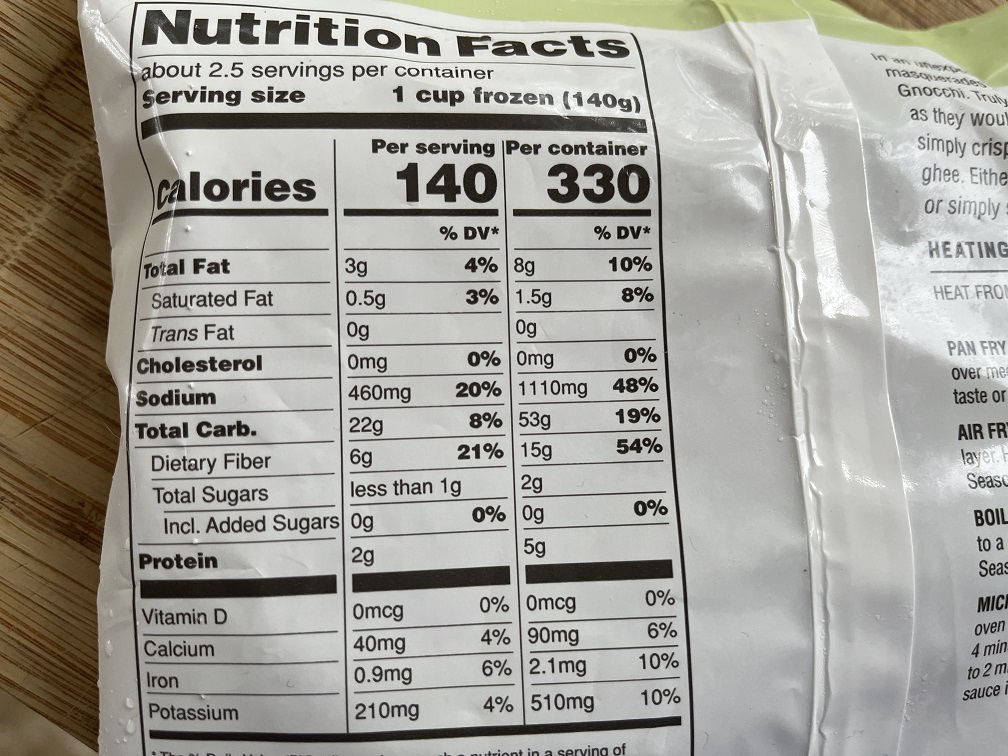 I Would Not Buy These Again

This bag of frozen gnocchi cost me $2.99 and while he price is not unreasonable they are not something that I will buy again.  There was nothing bad or awful about he product, it was just mind numbing in its blandness and unoriginality.

The fact that this product is dressed up as “gnocchi” gave me hopes for something tasty and original.  Instead I was left with yet another bowl of steamed cauliflower that had to be choked down bite by boring bite. 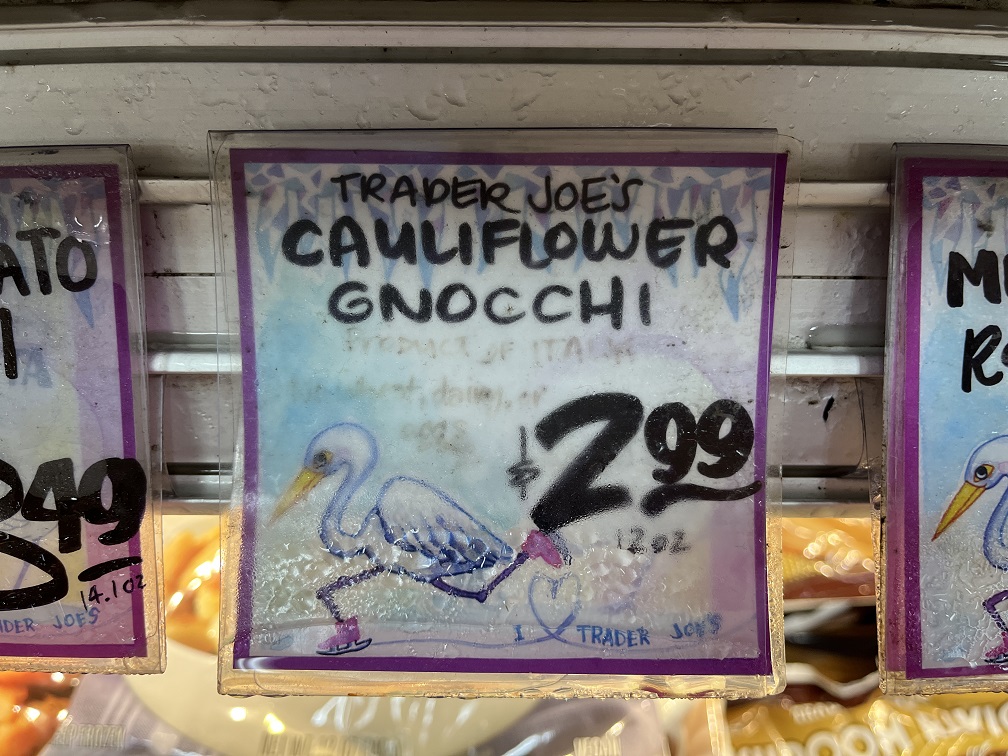 Trader Joe’s Sriracha Sauce Review {As Good as the Original}