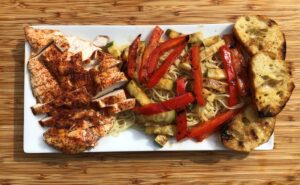 Description: Veggies are marinated in teriyaki sauce and then grilled. The veggies are served over angel hair pasta with a side of grilled chicken breast and ciabatta toasts.

Recipe Instructions: Slice the zucchini into strips lengthwise. Cut the red bell pepper in half (top to bottom) and remove the seeds. Marinate the zucchini and pepper in the teriyaki sauce for at least 30 minutes. Slice the chicken breast in half lengthwise and season with the poultry rub. Coat the ciabatta rounds with olive oil. Heat your grill to High. Grill the chicken for 10-14 minutes, flipping every few minutes, until it reaches an internal temperature of 165F. Grill the veggies until they are soft and tender. Grill the ciabatta rounds until toasted. Serve the veggies over the pasta and coat with remaining teriyaki sauce. Add the chicken and ciabatta toasts and lunch is served! 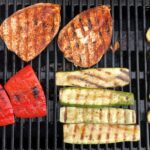 I have been eating a lot of freezer meal for lunch over the past few weeks and decided it was time for a change.

There was a beautiful zucchini and red bell pepper sitting in my refrigerator that looked like they were destined to land on my grill. I decided to add some chicken, boil a little pasta and see how things turned out! 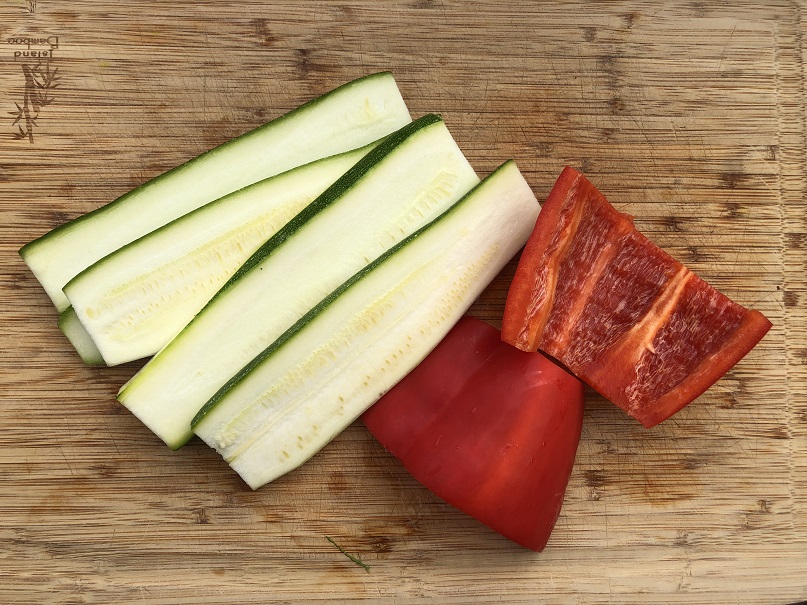 Fire Up The Grill!

I sliced up the veggies and let them marinate in some teriyaki sauce.  You can either make your own from the recipe below or use a commercial product like Primal Kitchen No Soy Teriyaki Sauce.

While the veggies marinate go ahead and fire up you grill and set it to High. 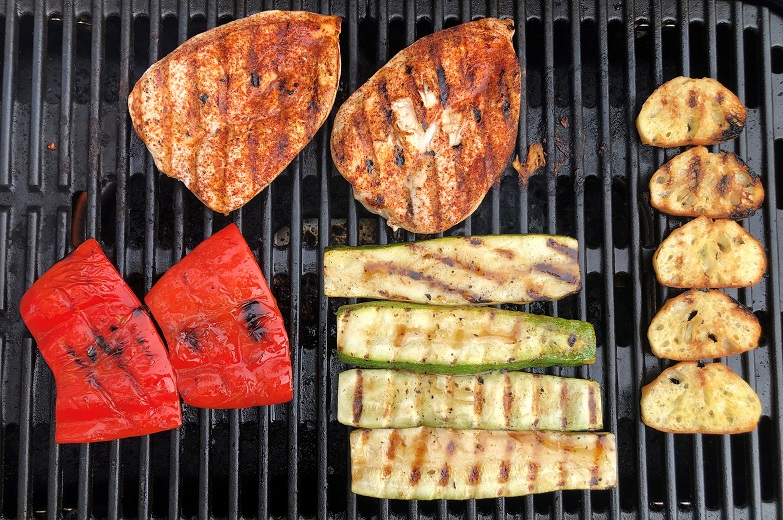 The grilling was staged to try to have everything be done at the same time.

The chicken went on first.  After the chicken grilled for five minutes I flipped it over and added eh zucchini and red bell peppers.

After five more minutes I added some ciabatta rounds coated in olive oil to the grill to get them nice and toasty!

Once the chicken reached an internal temperature of 165F and the veggies were tender everything came off the grill.

While everything was grilling I managed to sneak back into the kitchen and prepare 8 ounces of angel hair pasta with a quick soak in boiling water.

I plated the pasta with the grilled veggies and poured the leftover teriyaki marinade over the pasta.  The chicken breast half was served on the side with the ciabatta toasts. 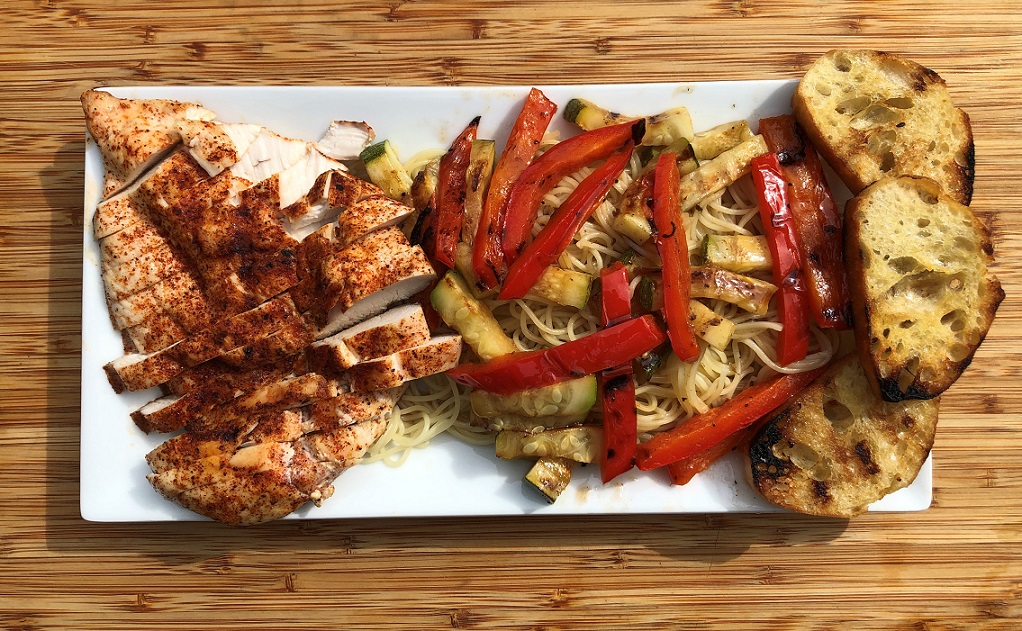 I was delighted with this tasty lunch!  There was enough pasta, chicken and veggies for two servings so I actually had this for lunch two days in a row.  I think that is what is called a “Win-Win”!