Aldi is currently selling Lightly Smoked Salmon filets from the Ducktrap brand and they are better than I expected.  The filets currently cost $10.99 per pound which make the 0.75 pound package cost around$8-$9. 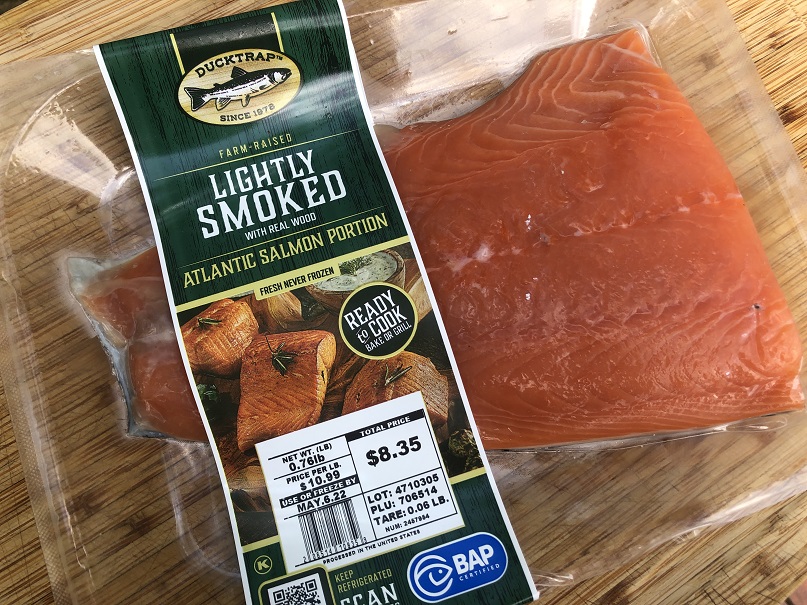 This fish is farm raised Atlantic salmon which is much higher in calories and fat than wild caught sockeye salmon.  A single serving (about 3 ounces) of this salmon has the following  nutritional information:

The fish was farm raised in Chile.  If you have a choice then you should buy farm raised Atlantic salmon from Norway as their aquaculture practices are more sustainable than those used in Chile. 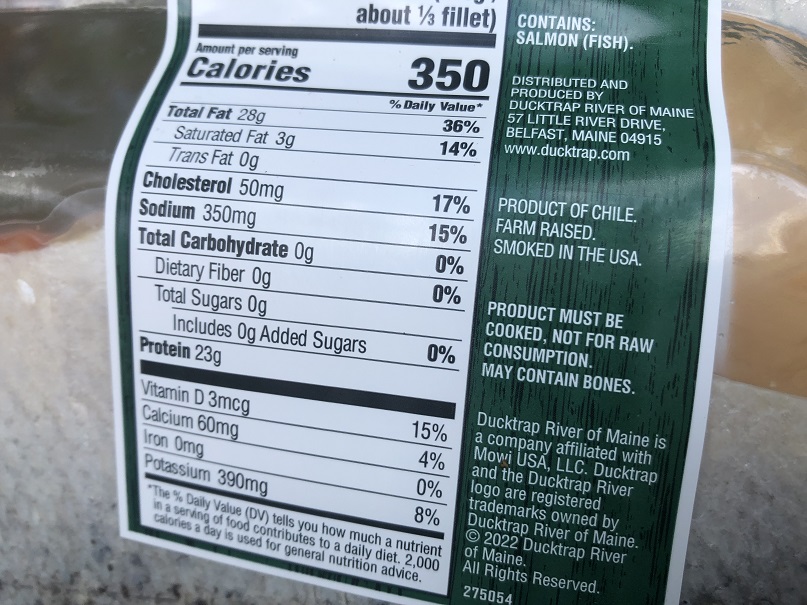 How to Cook the Lightly Smoked Salmon

This salmon is lightly smoked but is still raw and must be cooked before consumption.  Because this is a fresh fish that has never been frozen it must be cooked to an internal temperature of 145F to eliminate any potential aquatic parasites.

I like to lightly season the salmon with salt and lemon pepper and cook it on the grill.

I grill the fish over Medium High heat for five minutes, flip t over and grill for another 5-6 minutes until it reaches an internal temperature of 145F in the thickest part of the filet.

The exact cooking time is going to depend upon he thickness of the filet.  We had two filets and the thin one was done in 10 minutes while the thick one took 14 minutes. 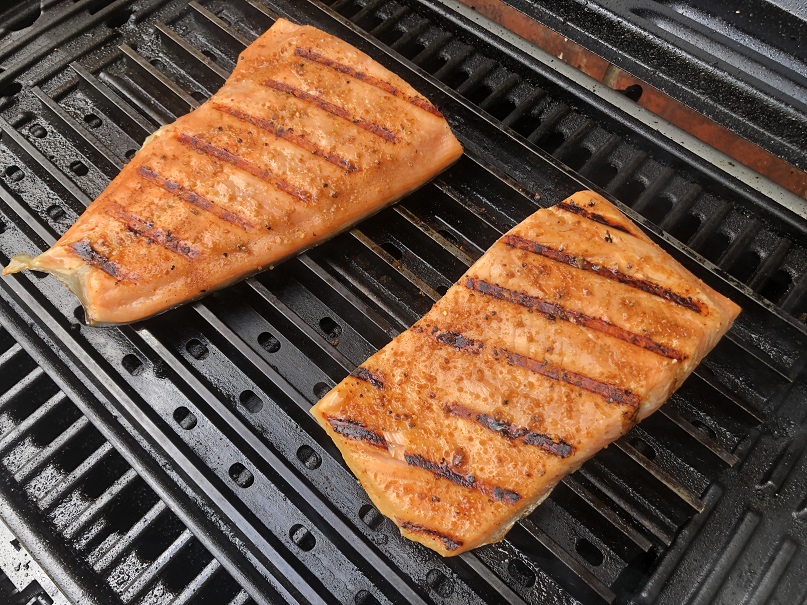 How Does the Salmon Taste?

The salmon has a milder fish taste than I was expecting which was great as I am not a huge fan of super oily fish.   The fish was flaky, meaty and almost buttery.

I was surprised that the “lightly smoked” fish actually had a lot of smoke flavor!

We served the fish a couple of different ways but my favorite was on a naan flatbread with cream cheese, avocados and pickled onions.  You could also chill the cooked fish, use a fork to mash it into some cream cheese and serve it on a toasted bagel!

You could serve the salmon over a bed of pasta or with some sautéed vegetables. 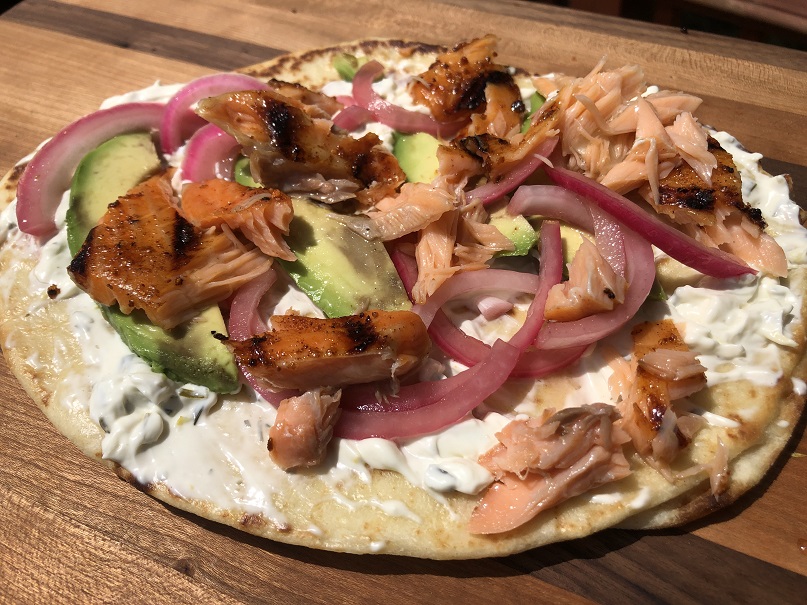