I hadn’t tried Celsius before but it looked pretty interesting as a caffeinated alternative to the other sparkling water options at Costco.  I figured it was worth a try so I bought the 15 pack and brought them home! 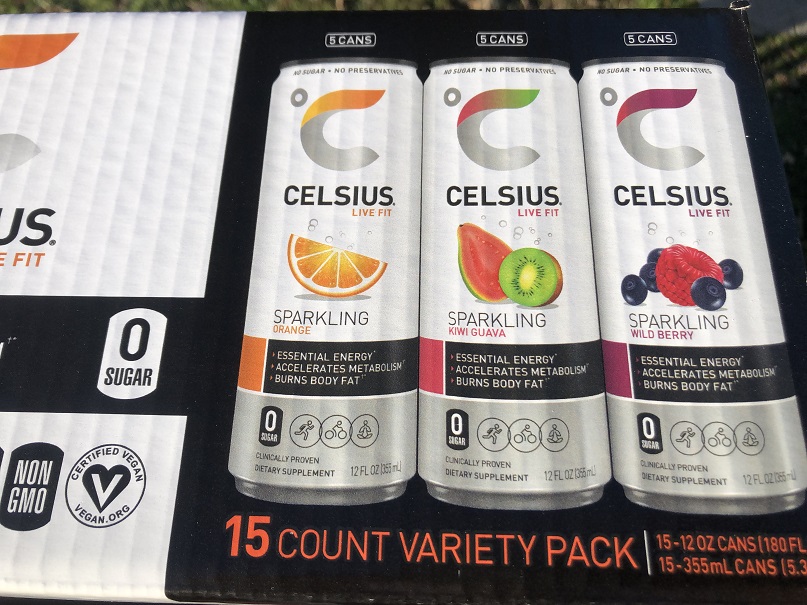 This water is infused with a “MetaPlus Proprietary Blend” that is advertised as containing essential energy that will accelerate your metabolism and burn body fat.

Let’s take a closer look at this variety pack!

There are 15 cans in the pack and the flavors are distributed as follows:

The drinks are labeled as Vegan, Non-GMO, Kosher and Gluten Free.

The sparkling water has additional nutrients/vitamins such as Vitamin B6, B12, C, Biotin, Niacin, Riboflavin, etc. 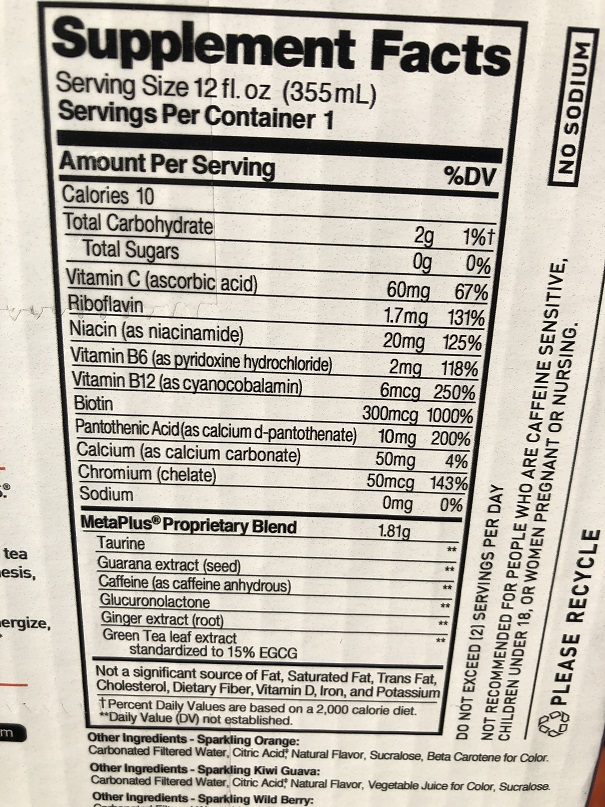 All three flavors of sparkling water have the same ingredient list:

How Do the Celsius Energy Drinks Taste?

Of the three flavors the Wild Berry is my favorite but the other two are also very nice.

I have a Love/Hate relationship with the various Celsius flavors.

The initial taste for all three of the flavors in the Costco variety pack is great as the flavors are bold, bright and fresh.  However, the follow up aftertaste from the sucralose is extremely unpleasant for me. 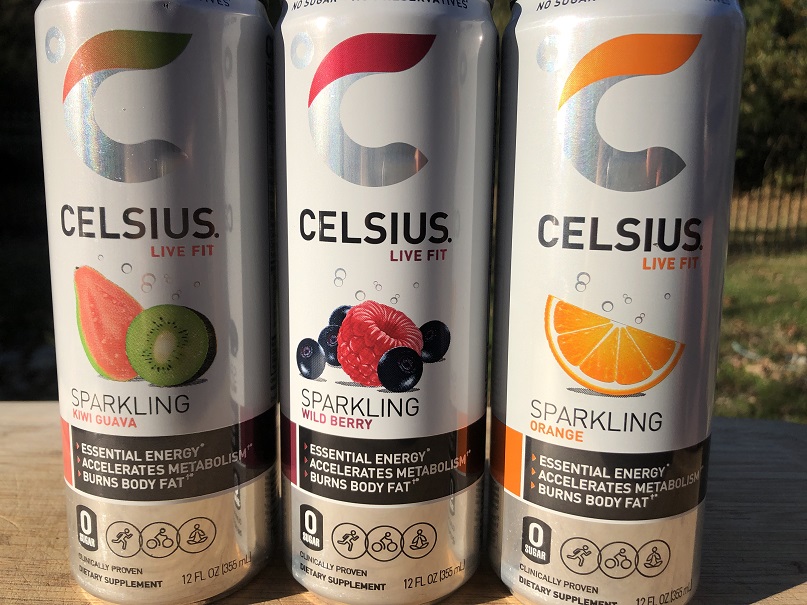 I wanted to see if other people felt the same way about the sucralose aftertaste so I pulled up the customer reviews from Amazon.  The reviews for the different flavors are all mixed together on Amazon but the general trend is as follows:

It appears that I am in the minority with my dislike of the sucralose aftertaste.

When I was reading through the reviews one of the things that struck me was how many people had switched to Celsius as an alternative to Monster and Red Bull energy drinks.  I guess if you are used to the sucralose in the Sugar Free versions of Red Bull/Monster/Rock Star then the sucralose in Celsius wouldn’t bother you.

While I like the idea of a caffeinated sparkling water I think I am going to stick with either the Kirkland Sparkling Water or the Waterloo sparkling water at Costco instead. 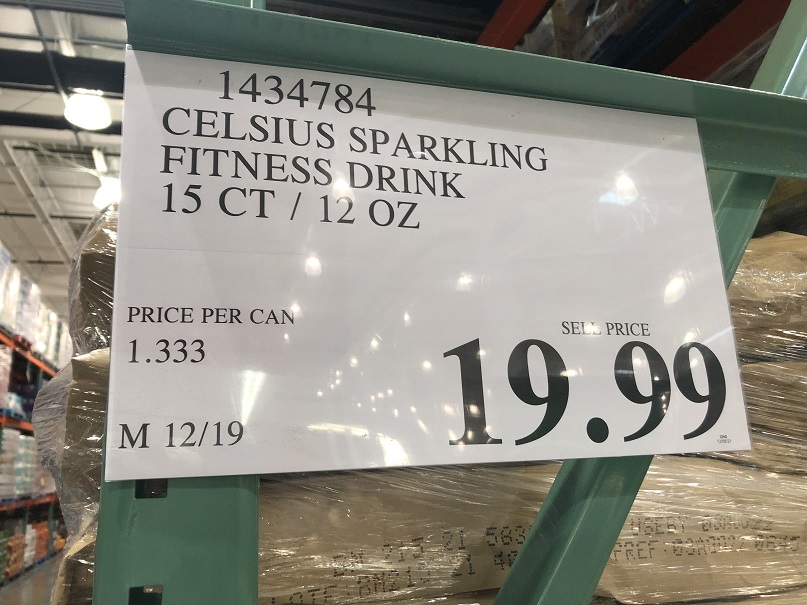