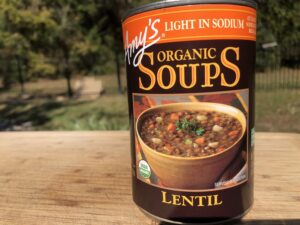 Amy’s Organic Light in Sodium Lentil Soup is a hearty soup that makes for a great lunch.  The soup is a little flat due to the low salt content but a dash of a vinegar based hot sauce really wakes up the flavor.

Flavor is a Little Flat.

It is still Soup Season over here and I opened up another flavor of Amy’s Organic Light in Sodium soups for lunch.  This time around I went with the “Light in Sodium” Lentil soup. 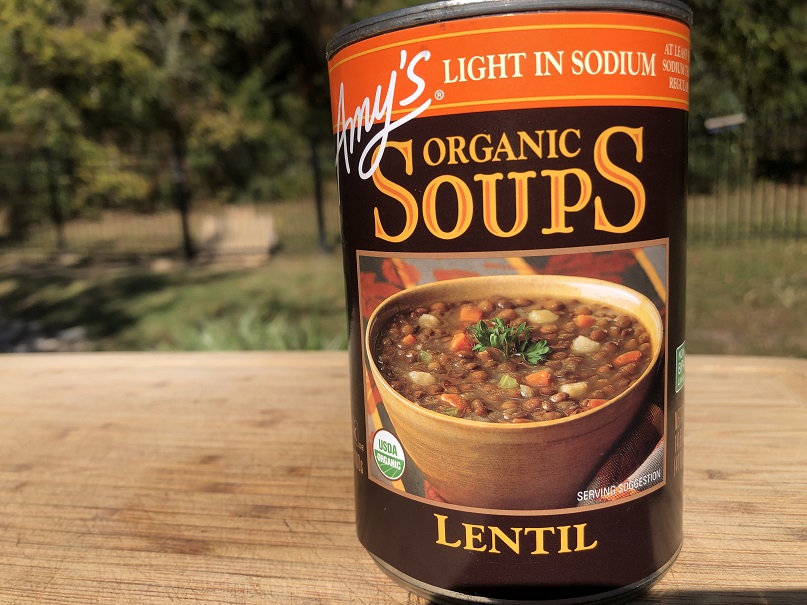 Let’s take a closer look at what comes in this 14 ounce can.

A serving of this soup is the full can.

The nutrition facts for the can of soup are:

This soup has a few more calories and a little less sodium than Amy’s Low Sodium Lentil Vegetable soup and overall I was very happy with the nutrition info. 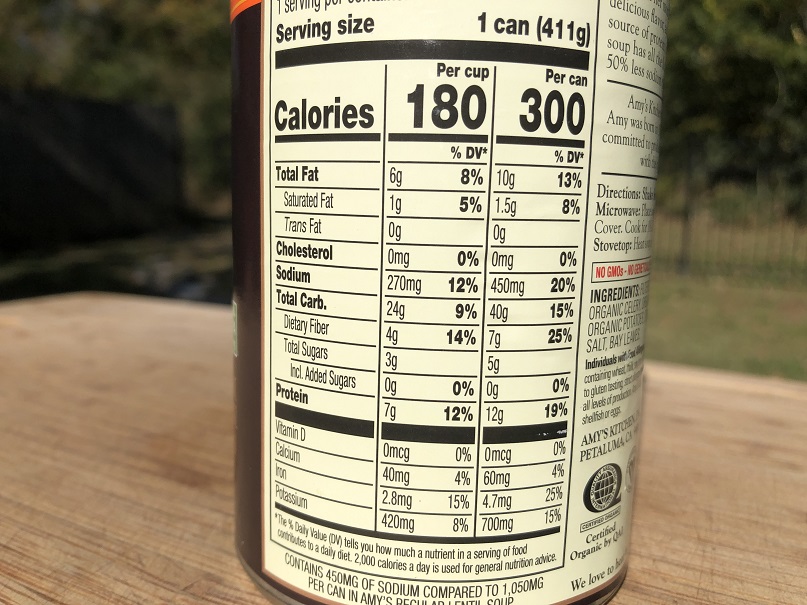 The soup has the following ingredients:

All of the ingredients are labeled as Organic.

I heated this soup up in the microwave (3 minutes on High) and had it for lunch.

I loved the flavor of the soup and really could not taste any difference from Amy’s Light in Sodium Lentil Vegetable soup.   There was a sweetness from the onions and carrots which balanced out by the earthiness of the lentils.  It was nice to have all of the different colors and textures as it kept the meal interesting.

The flavor was just a little “flat” and I write that off as due to the low sodium content. 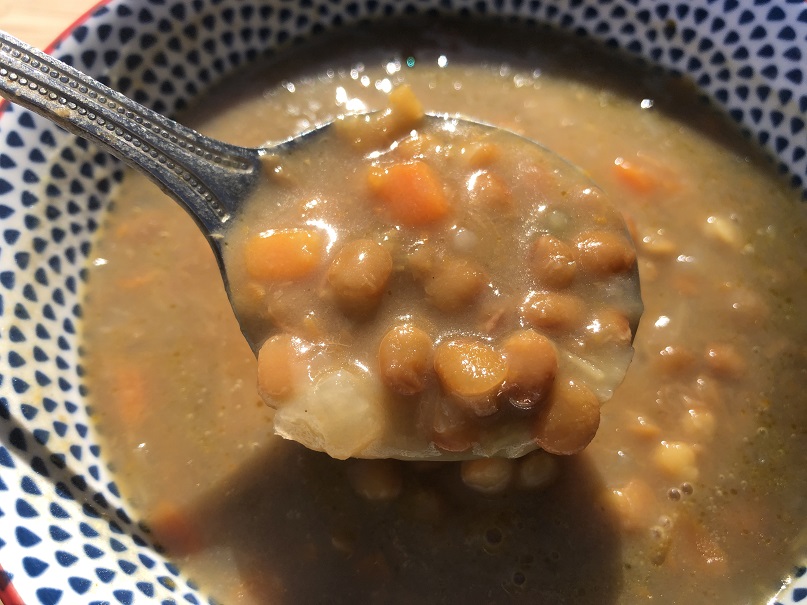 While the soup was good as it was straight from the can, it became completely delightful when I added a shot of Trader Joe’s Green Dragon Hot Sauce.  The vinegar from the hot sauce brightened all of the other flavors and the lentils were awesome with the extra kick of heat!

Other Reviews from Amazon Customers

Let’s take a look at what other customers think about this soup.

There were also a few reviewers, 6%, who really disliked this soup and left it a 1 or 2 Star review.

Some of the positive comments reviewers left include:

Trader Joe’s Cauliflower Gnocchi {Not What I Was Hoping}

Strawberry Papaya {How to Tell When Ripe and Flavor Profile}